China PMI: A Landing, But Soft Or Hard? 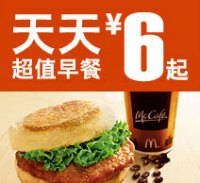 The press had two reactions to the low China PMI figures. Each was based on the experts interviewed.

One school of thought is that the numbers were low, but not terribly so. This school says China’s economy shows signs of a soft landing.The other school says any PMI dip at all is a signal that the economy of the People’s Republic is in severe trouble.

Maybe both are right. China does not disclose much manufacturing activity by region or major industry. As usual, it keeps some of its most imported data cloaked.

HSBC’s chief economist for China, Hongbin Qu, said the PMI numbers are not terrible because the government of the People’s Republic can make money more accessible to businesses. It is hard to see how that will help. Demand is demand. Capital may allow factories to remain open longer, but they will still make goods for fewer consumers.

Other economists remain less sanguine than Qu. They are argue that China cannot escape the harsh results of a sharp GDP slowdown in the EU, which is the world’s largest area by GDP – even larger than the US.

China’s own consumers may hold the key to whether the economy there has a hard or soft landing. The consumer class has grown rapidly, as it did in the US in the three decades after WWII. Expansion of American consumer activity eventually reached the point where consumer spending represented two-thirds of GDP. A loss of consumer spending activity was the lead cause of the most recent American recession.

China’s consumer expansion is different from that in the US in two ways. First, the Chinese middle class has only been in existence since China became the world’s manufacturing center – only a few year. A slowdown now would undercut the activity of that newly formed middle class. Second, the Chinese tend to save money as much as they spend it. That is different from consumer patterns in the US.

China’s middle class success has been one of the reasons the nation has done so well in the activities measures by PMI. The same middle class may become the sector’s worse enemy.