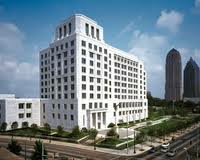 Many analysts said that the Moody’s downgrade of banks reflected circumstances that the capital markers already realized. The downgrades, therefore, were largely useless. But the reaction to the rating changes by Moody’s were very different on both sides of the Atlantic. U.S. bank shares rallied after the close yesterday. JP Morgan (NYSE: JPM) and Citigroup (NYSE: C) rose slightly. Morgan Stanley (NYSE: MS), which suffered the sharpest cut, was up nearly 4% at one point after hours.

In the UK and Europe, Barclay’s (NYSE: BCS) dropped more than 2% at today’s open. Deutsche Bank (NYSE: DB) and Credit Suisse (NYSE: CS) where down almost 2%. Investors may perceive that the major difference between the U.S.-based banks and those in Europe is the extent to which either group has exposure to troubled eurozone debt, which could be written down sharply if the financial problems in the region worsen. The UK and EU banks have more jeopardy in this area than American ones do.