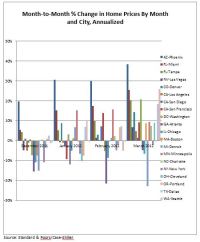 For today’s winners and losers, two of the four companies on the lists today are pharmaceutical companies, moving on action from drug regulators. One of them, Arena Pharmaceuticals, has seen its stock soar in recent days, meaning investors are cashing out there shares. One company is trading on a major buyout, and another continues to struggle due to lower natural gas prices.

Shares of NPS Pharmaceuticals (NASDAQ: NPSP) are up 10.42% to $7.95 on trading volume of approximately 930,000 shares. The company announced it has received regulatory support from Europe’s Committee for Medicinal Products for Human Use for its drug treating short bowel syndrome, teduglutide. The drug is jointly manufactured by NPS and Takeda Pharmaceutical Company.

Shares of Arena Pharmaceuticals (NASDAQ: ARNA) are down 16.01% to $9.81 based on trading volume of 39.2 million shares.  The stock rose to an all-time high of $11.99 Thursday on anticipation that Arena’s its weight loss drug, lorcaserin, will win backing from the Food and Drug Administration on June 27. FDA advisers backed the drug last month by a vote of 18-4.

Shares of Patriot Coal (NYSE: PCX) are down 8.69% to $1.25 based on trading volume of more than 2.5 million shares. The company has seen a major drop in share price over recent months due to rock bottom natural gas prices.