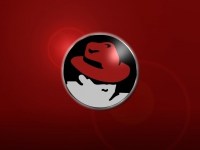 Red Hat Inc. (NYSE: RHT) is out with its second quarter results showing that sales were up 15% to $322.6 million after its subscription revenue rose 17% to $279 million. Its non-GAAP operating income was up 4% to $79.2 million and non-GAAP operating margin was 24.6%. Its non-GAAP earnings came to $0.28 per diluted share, which was flat to a year ago if you take the exceptions that the company presented at face value.

Red Hat said that sales would have risen 20% as a whole and would have risen by 22% on subscriptions in constant currency basis. Second quarter operating cash flow was up 35% to $104 million. Strong demand for Red Hat’s open source technologies for creating scale and flexibility in data centers drove the quarter.

At quarter end, the company’s total deferred revenue balance was up 16% to $944.4 million and total cash and cash equivalents was $1.36 billion.

Guidance was not offered in the press release. Until we have guidance we would consider this to be an incomplete report.