Why the Moody's Downgrade of France Doesn't Matter 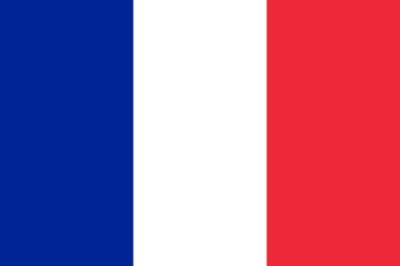 Source: This graphic was drawn by SKopp.[Public domain], via Wikimedia Commons
The big news might have read “MOODY’S DOWNGRADES FRANCE” had it not been for the Hewlett-Packard Co. (NYSE: HPQ) debacle this morning. The reality is that the downgrade just does not matter. Moody’s already had France’s AAA rating on negative credit watch, and the downgrade was one notch to Aa1 from Aaa. Moody’s also kept France’s outlook as negative.

We warned that France was likely to face “AAA” ratings risks along with several other key European countries as far back as August 2011. The ratings agencies have just been too slow to act.

It was back in July of 2012 that Moody’s changed France’s outlook to negative, along with other Aaa ratings of Germany, Luxembourg and the Netherlands. Our take is that more downgrades are coming to Europe. This will not be the only downgrade. Moody’s said that France’s long-term economic growth outlook is negatively affected by multiple structural challenges and due to deteriorating economic prospects. Moody’s said:

The predictability of France’s resilience to future euro area shocks is diminishing in view of the rising risks to economic growth, fiscal performance and cost of funding. France’s exposure to peripheral Europe through its trade linkages and its banking system is disproportionately large, and its contingent obligations to support other euro area members have been increasing. Moreover, unlike other non-euro area sovereigns that carry similarly high ratings, France does not have access to a national central bank for the financing of its debt in the event of a market disruption.

And don’t forget about the call of growth. Today’s report considers the GDP growth assumptions of 0.8% in 2013 and 2.0% from 2014 onwards from the government budget office to be overly optimistic. It also said that rising unemployment, consumption levels being weighed down by tax increases, subdued disposable income growth and a correction in the housing market are all issues.

So, bad news? Forget about it. This is NOT the last downgrade from the credit ratings agencies. The iShares MSCI France Index (NYSEMKT: EWQ) is FLAT at $21.39. If this was a huge event you would see that martket down 2% or more. The CAC 40 in Paris is actually up by 0.5%. Some ADRs are reacting differently than the overall French stock market:

With moves like this, does the downgrade matter? This was just a catch-up call is all.