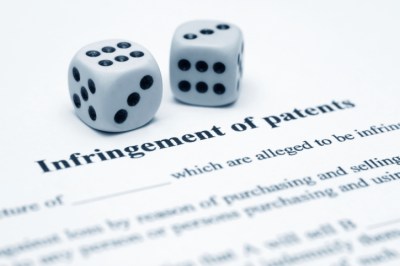 The tomato wars between Mexico and the United States are over. The announcement was front page news, although it is hard to see why that happened. According to The New York Times:

The United States and Mexico have reached a tentative agreement on cross-border trade in tomatoes, narrowly averting a trade war that threatened to engulf a swath of American businesses.

The agreement, reached late Saturday, raises the minimum sales price for Mexican tomatoes in the United States, aims to strengthen compliance and enforcement, and increases the types of tomatoes governed by the bilateral pact to four from one.

“The draft agreement raises reference prices substantially, in some cases more than double the current reference price for certain products, and accounts for changes that have occurred in the tomato market since the signing of the original agreement,” Francisco J. Sánchez, the United States under secretary of commerce for international trade, said in a statement.

Over the weekend, a Best Buy Co. Inc. (NYSE: BBY) public relations department manager, Jonathan Sandler, decided to mount a personal attack on a 24/7 Wall St. writer for an analysis of the number of store closures the retailer would have to announce this year, in our Eight Retailers That Will Close the Most Stores. Best Buy asked that we run a statement about its store closing intentions, and we did, while objecting to the company’s statement as arbitrary. That is when Best Buy brought in heavy artillery and said we were reaching for our “henry blodget moment” and described the author as “frustrated, wannabe analyst.” The full Best Buy reaction:

with all due respect, how could you say disingenuous?  as i mentioned in my previous email, and as you already know, best buy has not made any announcements re store closures, outside of the 50 we announced last spring & the canadian ones last week.  for you to then speculate “200-250” is irresponsible and random.  if you have inquiries/questions, all you have to do is call us.  otherwise, it seems to me, like perhaps you’re a frustrated, wannabe analyst, who’s trying to have his henry blodget moment.  you know better, doug — it’s just lazy journalism — quoting 3rd party sources and reading our 10k, without reaching out to us as well.  in the future, please call us and we’ll be happy to put you in touch with whomever we can.  in the meantime, who ya got — ravens or niners?  am actually bummed that i won’t get to see ray lewis’s squirrel dance one last time as not being introduced individually.  & please look out for best buy’s awesome commercial — airing in 1st quarter!

it’s all good, doug, thank you.  i was just confused as to why you couldn’t take our statement at face value, rather than call it disingenuous.  and i still don’t understand why you persisted with the “200-250” store numbers (& where you got them from?) — which we never stated, and which you didn’t ask us for comment on.  re the henry blodget/wannabe analyst comments — just meant to it to be light, good-natured ribbing — certainly not personal, i don’t even know you — in fact, i would love to sit down with you one day — with your background, i am sure i could learn a lot from you — you probably have some fascinating stories to tell, and i would benefit greatly from hearing them.  but please, in future, before printing speculation, it would be nice if you could call us first for comment, that’s all.  thank you, doug…

Three more comments from 24/7: many of us did not see that Super Bowl commercial, Henry Blodget does not deserve the insult and the ribbing is not “good natured.”

The federal government has watched the hacks of Twitter and the sites of The New York Times Co. (NYSE: NYT) and Washington Post Co. (NYSE: WPO) and is ready to defend America against any further attacks — as long as they involve federal agencies. Other corporations and enterprises are on their own. According to The New York Times:

A secret legal review on the use of America’s growing arsenal of cyberweapons has concluded that President Obama has the broad power to order a pre-emptive strike if the United States detects credible evidence of a major digital attack looming from abroad, according to officials involved in the review.

That decision is among several reached in recent months as the administration moves, in the next few weeks, to approve the nation’s first rules for how the military can defend, or retaliate, against a major cyberattack. New policies will also govern how the intelligence agencies can carry out searches of faraway computer networks for signs of potential attacks on the United States and, if the president approves, attack adversaries by injecting them with destructive code — even if there is no declared war.

Clearly, the review is no longer secret.