On May 10th, S&P 500 Index (SPX) confirmed the breakout above a 13-year ascending triangle pattern in the weekly chart that projects to about 2588. 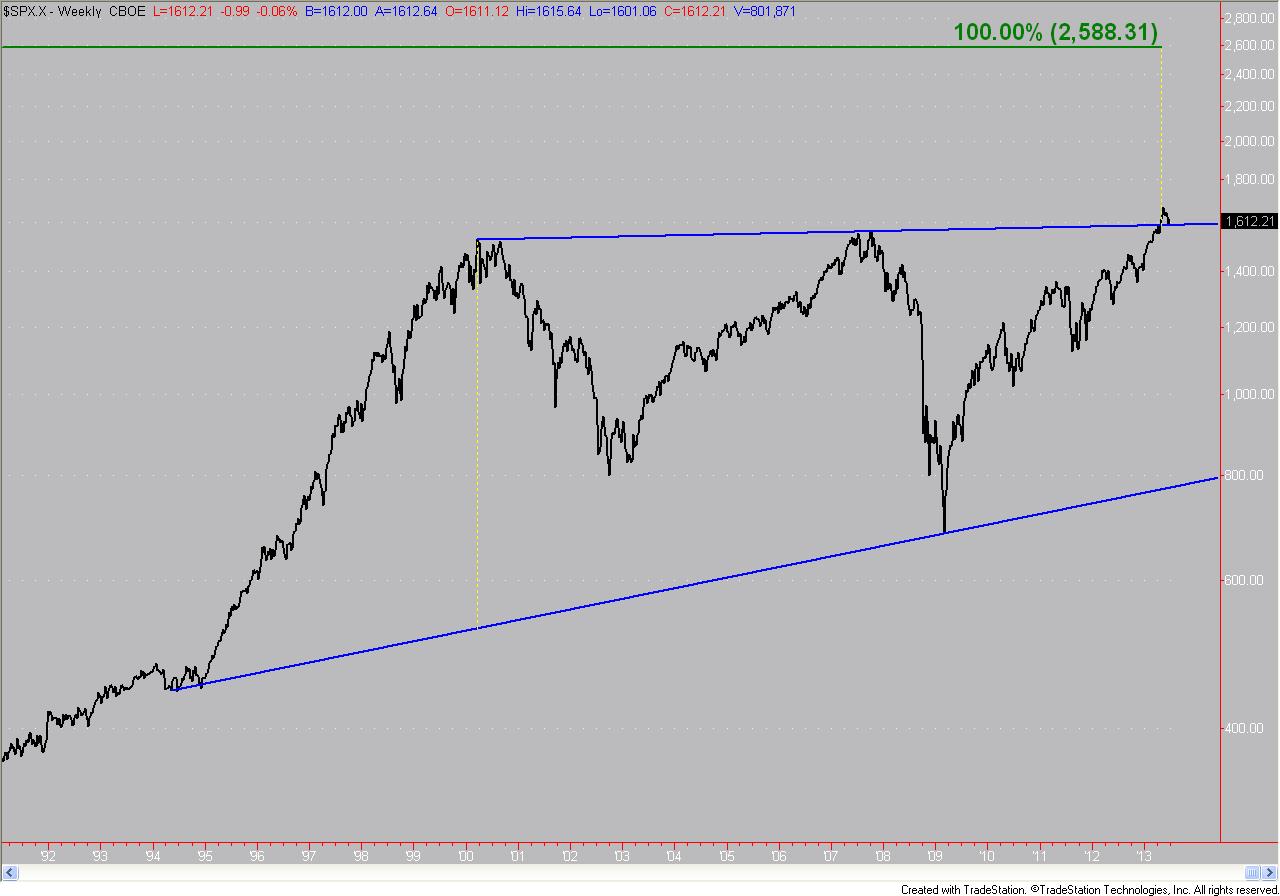 On May 31st, SPX confirmed the breakout above in the monthly chart that projects to about 2536. 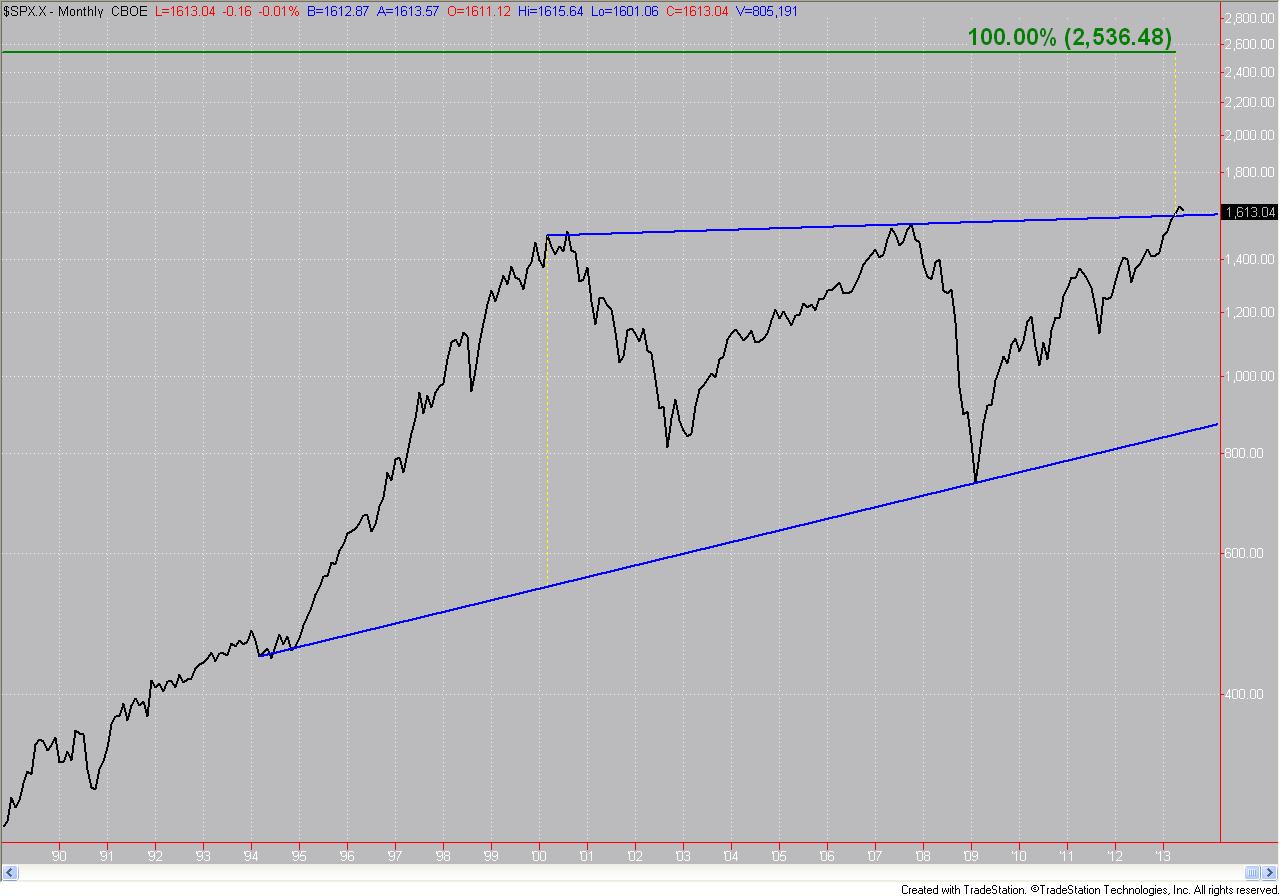 Since the monthly chart breakout validates the weekly chart breakout, our upside expectation becomes 2584 with an 8-year time horizon. That ties everything together with a nice, neat Fibonacci bow. Based on a recent close of 1631.38, a move to 2584 would be a 58% advance. Over 8 years, that works out to a 5.9% compounded annual return.

As far as a real return, such an advance may not eclipse the real (inflation adjusted) SPX high from August 2000, depending on your inflation expectations. Going back to the start of SPX (December 30, 1927), it took 29 years (August 1929 to December 1958) and 24 years (November 1968 to December 1992) to reach new real highs. Expecting SPX to approach its prior real high in 2021 is not out of line with the two previous instances.

The most recent high in the real SPX was in August 2000. The prior peaks were in November 1968 and August 1929. It took 24 and 29 years respectively to eclipse the old peaks.

Below are the first 18 numbers in the sequence:

Editor’s note: This report was originally published by Concept Capital Markets, LLC, and is republished here with permission.