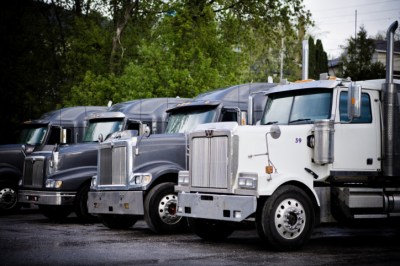 Source: Thinkstock
While the U.S. economic data was decidedly mixed through the second quarter of 2013, the one major surprise from the gross domestic product (GDP) release was the increase in fixed investment spending, which rose 6.3% after falling 1.5% in the first quarter. The large swing was probably a reflection of the uncertainty caused by the fiscal cliff developments. Coincidentally, U.S. forward indicators have increased dramatically, with the Philadelphia future spending intentions rising at one of the fastest rates in history. The equity strategy team at Jefferies find that numerous indicators are pointing toward a pickup in U.S. capital expenditure (capex) spending through the third quarter and into the end of the year. They have a list of stocks to buy that should benefit greatly from a surge in capex spending.

Ametek Inc. (NYSE: AME) is a global manufacturer of electronic instruments and electromechanical devices. It is a strong leader in most of its niche markets, having either a low-cost advantage over competitors or higher-quality products that address critical customer needs. The Jefferies price target is set at $52. The Thomson/First Call estimate is at $50. Investors are paid a 0.5% dividend.

Ingersoll-Rand PLC (NYSE: IR) is an industrial conglomerate with particularly large exposure to commercial and residential building. Needless to say, the residential side has been strong. The Jefferies analysts are expecting a firm pick-up in commercial over the next year. Their price target is $75, the highest on Wall Street. The consensus target is $65. Investors are paid a 1.4% dividend.

JDS Uniphase Corp. (NASDAQ: JDSU) was a technology high-flyer during the great tech bubble of the late 1990s. Earnings have continued to be erratic, as the company missed its fiscal fourth-quarter numbers yesterday. The book-to-bill numbers are strong, and growth in Asia is expected to help power earnings the rest of the year and into 2014. The Jefferies price target for the stock is $18, while the consensus target stands at $16.

Kaman Corp. (NYSE: KAMN) is a top mid cap name for investors to consider. The company has had outstanding revenue growth for the past three years and is poised to stay on that solid path. Sales in its distribution business are benefiting from acquisitions, and profitability of these buyouts should thus ramp up going forward. Meantime, aerospace results are gaining steam behind a military program, while commercial-related sales are slowing a bit, and thus lagging the broader industry. Overall, sales and earnings should climb at a solid rate in subsequent quarters. Jefferies has a $38 price target, and the consensus number is at $40. Investors receive a 1.7% dividend.

Oshkosh Corp. (NYSE: OSK) is a company presenting this week at the Jefferies Global Industrial Conference in New York. The company makes trucks for the military and has absolutely blown out numbers in back-to-back quarters. The Pentagon announced it has just awarded a $77 million add-on to Oshkosh’s contract to build so-called “family of medium tactical vehicles” trucks for the U.S. Army. The Jefferies price target is at $55, and the consensus target is at $50. The Jefferies target is the highest on Wall Street.

PACCAR Inc. (NASDAQ: PCAR) recorded a small decline in truck and parts sales in the second quarter of 2013 versus a year earlier, and operating income for the segment was down as well. This decline was moderated slightly by an increase in the company’s financial services unit, but that is a smaller portion of PACCAR’s business and so diluted earnings per share were down a penny compared to the prior year period. Jefferies still likes the name and has a $66 target. The consensus target for the stock is $57, and investors are paid a 1.4% dividend.

Sonus Networks Inc. (NASDAQ: SONS) is a small cap stock investors may have the chance to really get some leverage on due to the low price. The company provides networked solutions for communications service providers and enterprises in the United States, Europe, the Middle East, Africa and the Asia Pacific. It also is a favorite low-priced tech stock of CNBC’s Jim Cramer. The Jefferies price target is $4.30, and the consensus target is at $4.25.

Thermon Group Holdings Inc. (NYSE: THR) reported solid if not spectacular first-quarter fiscal 2014 earnings recently. Margins increased and the company reaffirmed earnings and growth guidance for the rest of the year. Jefferies has a $25 price target, and the consensus target is $25 as well.

Capital expenditure growth is crucial not only for stocks and Wall Street, but the economy as a whole. Ongoing political gamesmanship does not make the situation any better. Hopefully, the politicians in Washington will settle the debt ceiling and the Affordable Care Act issues in a reasoned manner. If they do, business may get the full speed ahead sign it has been looking for.