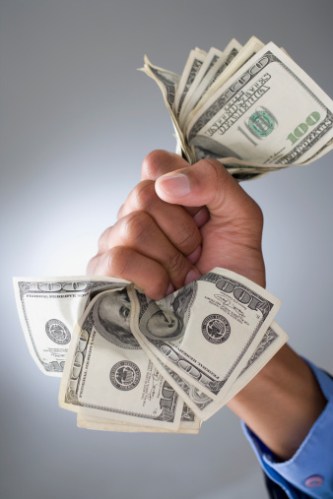 Source: Thinkstock
This week will bring up yet another massive lottery from the Pennsylvania Lottery for a $216 million Powerball lotto on October 23, 2013. This is instant king-maker money. Playing the lottery almost automatically comes with a euphoria from every single player even without ever knowing the numbers. Just imagining what to do with vast millions in an instant is almost as if you found a lamp on the beach only to have a genie pop out with an unbelievable offer of granting three wishes.

There is a dark side to this and that is that some 99.9% of lotto participants never win a penny. The end result is that billions upon billions are being spent to chase the lotto dreams each and every year. Still, players do not care because that instant mega-wealth is just too tempting.

24/7 Wall St. has a twelve-step guide of what to do (and not to do) if you are ever lucky enough to win one of the multimillion dollar lotteries. This of course would also apply to anyone who wins a big legal judgment or even an unexpected inheritance of vast sums. This is a must read when you consider that many lotto winners end up in the poor house in a few short years.

Again, most lotto players keep funding the beast but never get a taste of the feast that a limited few get to enjoy. It turns out that Americans are spending vast billions each year for even a micron of a percentage point that they get the rare lucky numbers. The U.S. Census Bureau just showed that Americans spent some $53 billion in lotto tickets.

The U.S. is not alone. China’s Ministry of Finance showed that lotto sales were close to $36 billion worth of Yuan in the first nine months of the year. That almost seems to good to be true, even if their population is about 4-times the size of the United States.

There are many angles on lotto winning, but $53 billion is one huge sum.

READ ALSO: WHAT TO DO (AND NOT DO) IF YOU WIN THE LOTTERY