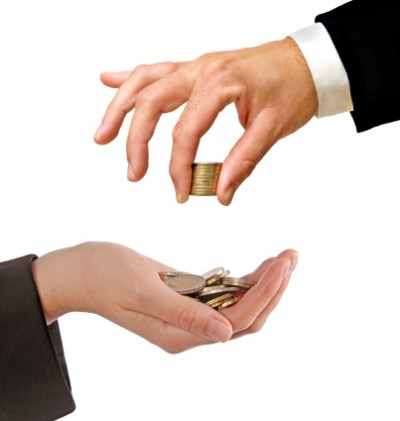 Source: Thinkstock
Investors love dividends, particularly safe and dependable dividends that rise through time. The S&P 500 Index currently has the most companies paying dividends in nearly two decades. The year 2013 has seen a continued dividend growth trend, and 24/7 Wall St. expects this to continue in 2014.

The calendar is generally packed with companies raising dividends at the start of their fiscal years, but many big dividend hikes are announced toward the end of the year. Investors should be expecting several key dividend hikes to be announced in late November or in December. In fact, some are already overdue, based on prior years.

Some companies continue to repurchase shares as well as pay good dividends. The problem is that we are now at all-time highs in the stock market, and many of these great companies are also at or close to all-time highs or post-recession highs. It is fair to ask a company for a dividend hike, but does it seem fair to beg companies to pay up for shares to retire them when they are not under pressure?

We have selected eight big dividend hikes we are looking for before the end of 2013. A timeline has been given for each company, and some of these dividend hikes even may arrive in November rather than in December. Another attempt has been made to show what the dividends should rise up to, generally based on earnings growth and/or an operating income payout ratio.

ALSO READ: The Five Worst Performing Stocks on the Dow

Most payable dates will occur in 2014 rather than before the end of the year, as there are no pressing tax code changes from 2013 to 2014 as there were last year.

Amgen Inc. (NASDAQ: AMGN) is now four quarters into its $0.47 per share payout, and with its shares up at $115 or so it seems a waste to buy back stock this high. Amgen also has taken on a lot of debt, so increasing its dividend may be more measured than the hike from $0.36 to $0.47 per quarter. Amgen is also in the position of being one of the few biotechs actually to have a dividend policy in place. Its 1.6% yield is due to a big appreciation in the stock. We expect the bump to be up to as much as $0.55 per share this time around, and still be just under a 30% payout of normalized operating income. But it is hard to judge this one as it is still somewhat unpredictable. Be advised that the 2012 dividend hike announcement was made in mid-December but was not paid until March of 2013, so the hike announcement is all we expect.

AT&T Inc. (NYSE: T) is already the king of dividends among the 30 Dow Jones Industrial Average (DJIA) stocks with its 5% yield. In 2012, AT&T announced its dividend hike in November, a month sooner than we expected because companies were getting their news out ahead of tax code changes. Its dividend has been $0.45 per quarter, and we expect this to increase to $0.46 per quarter. The telecom giant is already at such a higher yield than other stocks that it simply does not need to grow its payout much more than that. The big question is whether AT&T needs to conserve cash to go after that rumored Vodafone buyout.