Time for Xerox Board to Fire CEO Burns 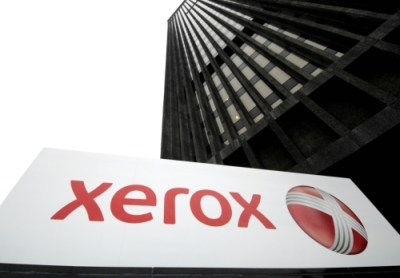 Source: courtesy of Xerox
When Barclays cut its rating of Xerox Corp. (NYSE: XRX) to Underweight from Equal Weight, just after the company reported 2013 earnings a few weeks ago, the bank’s research arm expressed anxiety about the cost of more restructurings at the failed tech firm. The problem is actually worse than that. Xerox management, particularly long-serving CEO Ursula Burns, has run out of cost-cutting tricks. Xerox has not grown for several years, and there are very few who follow the company closely who believe it can grow going forward. The only solution the Xerox board has, if there is one, is to bring in executives from outside the culture, which has been dominated by long-serving board members and top management.

Burns has done an excellent job keeping herself visible in the business and media worlds since becoming CEO in 2009, after the retirement of mentor Anne Mulcahy. Burns sits on the Forbes 100 World’s Most Powerful Women’s list, as well as the Fortune global list of the Most Powerful Women in Business. She also spends a great deal of time outside Xerox, sitting on other corporate boards, including American Express Co. (NYSE: AXP) and Exxon Mobil Corp. (NYSE: XOM). Each of these board memberships pays her well. They do, however, keep her away from time that might be spent on her troubled company. Her visibility, both through public appearances and outside board meetings, has not done anything for shareholders.

Burns pitched the Xerox $6.4 billion buyout of Affiliated Computer Services, which closed in early 2010, as a means to diversify the parent company, thereby improving its chances for revenue growth. The money was wasted. Burns’s recent letter to shareholders showed just how badly the transaction had gone. Over the course of 2010 to 2013, revenue, net income and operating margins are flat to down. In particular, revenue fell 1% to $21.4 billion in 2013. In the fourth quarter, revenue dropped 3% to $5.7 billion. Net income was down 1% to $1.2 billion last year. In the fourth quarter, the drop was 4% to $311 million. Xerox management and its board made two other notable announcements with the release of 2013 data. The first is that the financial figures for 2014 may not be any better than in 2013, as measured by GAAP EPS. The other is that Xerox would raise its dividend by 8.75% to 6.25 cents a share.

What the 2013 Xerox financial report made clear is that the company has gone from a troubled, no-growth maker of low-end hardware technology to a troubled provider of no-growth business services as well. Affiliated Computer Services has done nothing to improve Xerox’s fortunes.

Aside from poor financial results and her public visibility, one other thing is sure about Burns’s recent tenure. The Xerox board has made her extravagantly wealthy. Burns made an average of $13 million a year from 2010 to 2012. Wall Street will carefully watch whether she does anywhere close to that for 2013 and wonder if, in the event that she is paid well again, how it could have happened.

Burns is fortunate. She has a friendly board. Most of its members have been on long enough to have elected Burns as chairman (May 2010, after becoming CEO in July 2009). The Xerox board is notable for being manned by two high-profile CEOs who were pushed out by their own boards due to poor performance — Charles Prince, formerly of Citigroup Inc. (NYSE: C), and Robert A. McDonald, formerly of Procter & Gamble Co. (NYSE: PG). Members also include the retired head of the Tippie College of Business at the University of Iowa and the Executive Director of the Center for Adoption Policy.

Finally, Burns’s visibility, the nature of the Xerox board and the terribly disappointing financial results are not the only measure of her performance. Shares of Xerox are up about 50% since Burns became CEO. The S&P is higher by nearly 100% over the same period.

Burns may get another tremendous pay day, but the Xerox board will be under pressure to make it her last one.