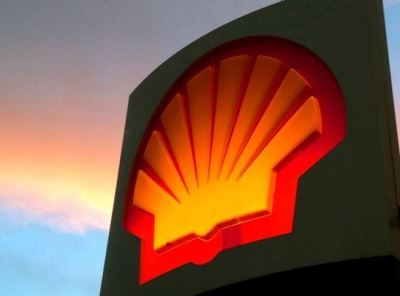 Source: Wikimedia Commons
While the U.S. markets have absolutely been on fire, the terminally slow-growth European bourses have been miserable this year for the most part, lagging domestic markets by 22% in U.S. dollar-weighted terms. Even Germany’s mighty DAX index is still trading way below the summer highs. A new research report from J.P. Morgan makes the case that the time to buy some of the top stocks in Europe is right now, not after much of the underperformance is made up.

With some forward metrics for the eurozone turning more positive, and the fact the European Union will have to rely on some consistent quantitative easing to boost growth, patient buyers may be well rewarded. Plus a falling euro versus the dollar could help exports get back on track for the top companies based there.

The J.P. Morgan list of current stocks to buy rated Overweight are all priced in euros So we will present the consensus price targets for top European stocks that can be bought and trade with liquidity here in the United States.

ASML investors are paid a small 0.7% dividend. The Thomson/First Call consensus price target for the stock is $93.71. The stock closed way above that Tuesday at $103.86.

The consensus price target for this top financial stock is $14.71. Shares closed Tuesday at $14.28.

Nokia Corp. (NYSE: NOK) was once the biggest smartphone maker in the world, but it was slow to adapt to the new generation of devices that came along after the iPhone launched in 2007. Android phones eventually dominated the global market, but Nokia made the decision to use the Windows Phone software for its top-tier devices. Microsoft bought the company’s devices and services division last year for $7.2 billion, and it freed the company from its downward spiral in the cellphone industry. Nokia recently announcing its business outlook for 2015, and the revamped telecommunications equipment company stated that it expects sales at its Nokia Networks division to grow over the 2014 levels.

Novartis A.G. (NYSE: NVS) is actually the world’s biggest drug maker by sales and is also is the manufacturer of the fourth top-selling oncology drug in the world, Gleevec. The drug had $4.7 billion in sales but is showing 0% year-over year sales growth, which could prove troubling for Novartis, as physicians could be switching patients to other treatments and drugs. The company released LCZ696 data in the summer, and it is one of the top pipeline prospects. The drug is an investigational combination drug consisting of two blood pressure lowering drugs: valsartan and AHU-377. The Wall Street buzz is the drug could be a blockbuster for Novartis.

Royal Dutch Shell PLC (NYSE: RDS-A) operates as an independent oil and gas company worldwide. The company explores for and extracts crude oil, natural gas and natural gas liquids. It also converts natural gas to liquids to provide fuels and other products. Shell recently won a significant victory recently in its ongoing $3 billion fight with India’s revenue authorities, in a judgment with implications for dozens of tax disputes involving multinational companies in Asia’s third-largest economy. Any lift in the energy market next year could make this a top stock to own.

Royal Dutch Shell investors are paid a very solid 4.7% dividend. The consensus price target for the oil giant was not posted. Shares closed Tuesday at $70.03.

On many metrics, the U.S. markets are fully valued. Taking some money off the table now and looking for bargains in these top European stocks that trade with liquidity here at home could make good sense for long-term growth investors.