Did One Overseas Futures Trader Overly Contribute to the 2010 Flash Crash? 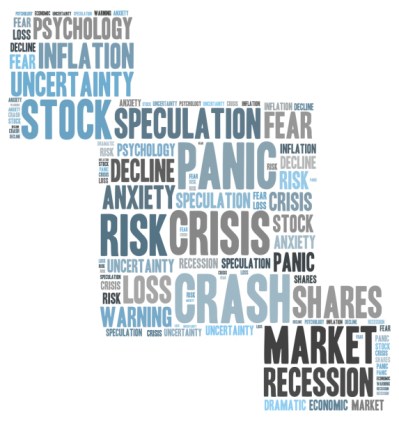 Source: Thinkstock
Forget the book Flash Boys for a moment. This will go above and beyond that, if it turns out that the Department of Justice is correct. Again, IF… The May 2010 Flash Crash came at a time when trust in the financial markets was thin — the March 2009 stock market bottom was only 14 months before this confidence wrecker took place.

Now there is a news release from the Department of Justice (DOJ) that a futures trader with ties to the Flash Crash was arrested in the United Kingdom on Tuesday. The DOJ indicated in its news that this arrest was made on the basis of U.S. wire fraud, commodities fraud, and manipulation charges in connection with this trader’s alleged role in the May 2010 “Flash Crash.”

24/7 Wall St. would like to know how, if all, this would change the views for or against Waddell & Reed Financial Inc. (NYSE: WDR). As of now, that remains to be seen.

If you forgot about this event, it has been almost five years ago. Still, this one mini-crash changed the market rules — and again, it was the final straw that broke the confidence of many investors who were reeling from the stock market crash that ended in 2009. The Dow Jones Industrial Average fell by some 600 points in just about five minutes.

Navinder Singh Sarao, 37, of Hounslow, United Kingdom, was arrested today in the United Kingdom, and the United States is requesting his extradition. Sarao was charged in a federal criminal complaint in the Northern District of Illinois on Feb. 11, 2015,  with one count of wire fraud, 10 counts of commodities fraud, 10 counts of commodities manipulation, and one count of “spoofing,” a practice of bidding or offering with the intent to cancel the bid or offer before execution.

The complaint was unsealed on Tuesday. The allegations are that Sarao used an automated trading program to manipulate the market for E-Mini S&P 500 futures contracts, earning him significant profits (supposedly $40 million in total) and which contributed to a major drop in the U.S. stock market on May 6, 2010. It was also alleged that Sarao used a scheme called “dynamic layering” to affect the price of the E-Minis — placing multiple large-volume simultaneous sell orders at different price points. This would have made the supply of sell orders far greater than what the real flow of orders was, thus overwhelming the buy orders.

Again, 24/7 Wall St. is curious if news of this sort from the DOJ has any impact, for better or worse, for or against Waddell & Reed Financial. A joint report from the Securities and Exchange Commission and the Commodity Futures Trading Commission in the aftermath of the Flash Crash was noted previously by the Wall Street Journal as previously pointing to the firm for a trade order’s role in the Flash Crash. The company had reportedly denied being the cause, and it is hard to imagine just how this DOJ news release will play a role ahead.

The full DOJ criminal complaint is here. As this is all based upon allegations, we are not going to pass judgment here. We have also included an excerpt from the full complaint below. 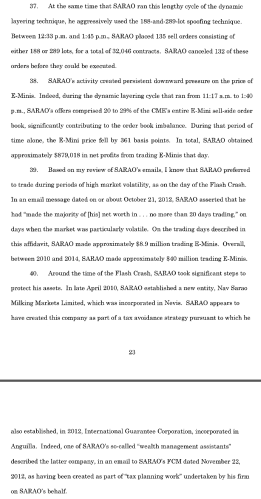