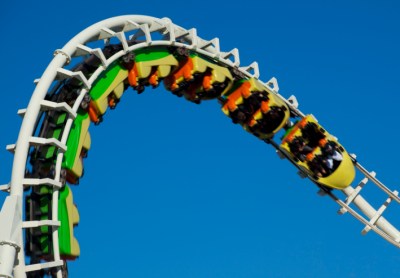 Source: Thinkstock
As we had expected, as the first-quarter earnings reporting season drew to a close, the blacked out insiders at U.S. companies were able to make some transactions. One thing is for sure as we hit the middle of the month, the insiders are looking to buy more stocks than they are looking to sell. It bodes well for the market when insiders are reluctant to part with the stock. That may signal they think the market is going higher in the near-term.

We cover insider selling each week at 24/7 Wall St., and we like to remind our readers that if you see a stock you own on our lists, it is not cause for immediate concern. Many high level employees are paid and bonused with stock and stock options. Selling is a way to diversify and often invest in other assets. When we see suspicious selling, we point it out.

Here are the companies that reported notable insider selling this week.

Walt Disney Co. (NYSE: DIS) had a top C-level executive selling the stock of the entertainment giant. Robert Iger sold a block of 200,000 shares at $108.70 apiece. The total for the sale came to a very substantial $21.8 million. The stock was trading on Friday’s close at $110.30.

Netflix Inc. (NASDAQ: NFLX) has been red hot, and one of the company’s directors took advantage of that strength. That director sold 15,128 shares of the content streaming giant at $573.32 per share. The total for the sale came to a huge $8.7 million. The stock ended trading Friday at $613.25, so some cash was left on the table.

GoPro Inc. (NASDAQ: GPRO) saw a director at the company sell stock this week. The director parted with a block of 100,000 shares at $50.22 apiece. The total for the sale came to just over $5 million. GoPro’s cool cameras have been a big hit, and the stock has been a volatile issue as well. Shares closed trading on Friday at $50.09.

Repligen Corp. (NASDAQ: RGEN) had a C suite executive shed stock of the company. CEO Walter Herlihy sold a total of 104,569 shares of the stock at prices that ranged from $37.55 to $38.68. The total for the sale came to a tidy $4 million. Repligen is a life sciences company that develops, manufactures and markets consumable bioprocessing products for use in the production of monoclonal antibodies and other biologic drugs. The shares ended the week at $41.63.

Rockwell Automation Inc. (NYSE: ROK) was another company that had the CEO step up and part with some of the company’s shares. Keith Nosbusch sold a block of 30,000 shares at prices that ranged for $121.05 to $121.50. That netted him $3.6 million. Shares closed trading on Friday at $124.37, so some serious money remained on the table.

Boston Beer Co. Inc. (NYSE: SAM) had the chairman of the board parting ways with shares of the popular beer brewer. James Koch, who is the founder and the chairman, sold 8000 shares at $250.11 apiece. The total for the sale came to $2 million. The stock was trading at $262.06 as Friday trading came to a close, so yet another pile of cash left on the table.

Although steady, the insider selling volume was much lower than the insider buying. If executives and 10% owners think shares are going higher, and are waiting to sell, then investors can perhaps feel positive about the market as a whole.