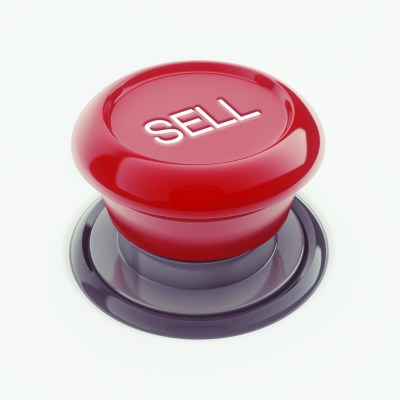 Source: Thinkstock
Since the late August sell-off and through September, we saw very light insider selling, which actually was a very bullish sign for the markets. With shares prices getting crushed, the insiders had no interest selling at reduced levels. That generally bodes well for prices when insiders think their company’s shares will trade higher so they hold off and wait.

We cover insider selling every week at 24/7 Wall St., and we like to always remind our readers that just because an individual or 10% institutional owner is selling stock, that is no cause for immediate alarm. Many top executives, and even directors, are compensated with stock and often sell just to diversify or purchase other assets.

Here are companies that reported notable insider selling this week.

Costco Wholesale Corp. (NASDAQ: COST) had three top executives selling shares this past week. The chairman and two executive vice presidents at the retail giant sold a total of 58,272 shares of the stock at prices between $153.37 and $154.25. The total for the sale came to a whopping $9 million. Shares of Costco closed trading on Friday at $152.06, so a well-timed sale, it appears.

Spark Therapeutics Inc. (NASDAQ: ONCE) had insiders buying and selling last week. The CEO and the president of the company sold some 115,000 shares of the stock at prices that fell between $47.30 and $51.00 apiece. That totaled a sizable $5.6 million. The biotech company focuses on the development of gene therapy products for patients suffering from debilitating genetic diseases. Shares ended trading on Friday at $52.81, so some serious cash left on the table.

Capella Education Co. (NASDAQ: CPLA) had a director at the company selling stock last week. That director sold a total of 82,871 shares at prices that ranged from $51.87 to $53.94 per share. The total for the sale came to $4.4 million. The company operates as an online post-secondary education services company, primarily in the United States. The shares ended the week at $52.44.

Mentor Graphics Corp. (NASDAQ: MENT) had the man at the top selling stock this past week. CEO Walden Rhines parted with a block of 170,000 shares at prices that ranged from $25.55 to $25.86. The total for the sale came to a tidy $4.4 million. Mentor Graphics provides electronic design automation software and hardware solutions to automate the design, analysis and testing of electro-mechanical systems, electronic hardware and embedded systems software. The stock was trading at $25.71 on Friday’s close.

Constellation Brands Inc. (NYSE: STZ) had an executive vice president recently sell a big chunk of stock. That executive shed a total of 28,926 shares at prices between $134 and $135 apiece. The total for the sale was $3.9 million. The company produces, imports and markets beer, wine and spirits in the North America and elsewhere. The stock was changing hands on Friday’s close at $135.00.

This is the first week since late August in which we have seen an uptick in insider selling. Again, with transaction windows shut for earnings reports, the buying and selling could remain sparse until next month.