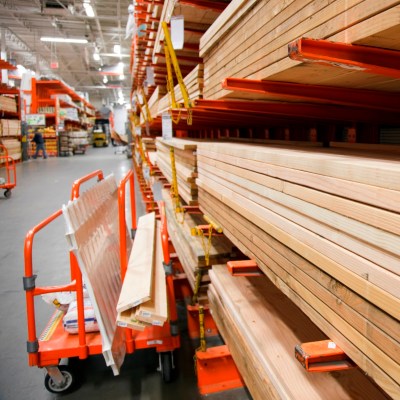 Source: Thinkstock
Boy it has been nice. The dark days of 2009 seem like a distant memory, when the S&P 500 traded to a very scary intraday low of 666. With the market up well over 200% since those dark days, it is important to remember that all good things come to an end. In reality, despite what some of the uber-bears say, the actual secular bull market started in the spring of 2013 when the S&P 500 broke through the 1,500 level and went higher. That said, the run has been long, and for the first time in almost four years we recently experienced a 10% correction.

So what are investors to do? Bonds are not an option, with long Treasury yields still under 3%. The smart thing now is to rotate to late-cycle stocks that can benefit when the Federal Reserve starts to raise interest rates. A new research report from Jefferies details late-cycle stocks that could do well as the aging bull starts to go sideways or trade choppy. We screened the list for companies that also pay solid dividends. All are rated Buy at Jefferies.

ALSO READ: 5 Blue Chip Stocks to Buy That All Yield 4% or More

By focusing on high-growth high-demand areas in the Unites States, Avalon has become one of the premier apartment real estate investment trusts (REITs) on Wall Street. Recent research indicates that channel occupancy rates are 0.5% to 1.5% higher for the first half of 2015, despite many REITs pushing rents higher and still fairly robust development pipelines. The analysts feel that this could drive growth acceleration, leading to strong earnings results being reported.

This stock is very solid story for investors looking to stay long the energy sector. Chevron Corp. (NYSE: CVX) is one of the world’s leading integrated energy companies. It is involved in virtually every facet of the energy industry. Chevron explores for, produces and transports crude oil and natural gas; refines, markets and distributes transportation fuels and lubricants; manufactures and sells petrochemicals and additives; generates power and produces geothermal energy; and develops and deploys technologies that enhance business value in every aspect of the company’s operations.

Some Wall Street analysts estimate Chevron will have a compound-annual-growth-rate (CAGR) of over 5% for the next five years, and the stock trades at a modest valuation discount to some of its mega-cap peers.

Chevron continues to aggressively pursuing cost-saving initiatives and has already completed over 2,200 supplier engagements with more in progress. Cost savings and improving investor sentiment may be a key, as the company has struggled mightily over the past year. While many on Wall Street concede that the oil market could be oversupplied for longer than most thought, and massive overseas demand and a production slowdown should help pricing the rest of the year and into 2016.

Dollar General Corp. (NYSE: DG) is one of the nation’s top discount retailers, carrying a huge inventory of items designed to appeal to a cost conscious consumer. The company announced recently that it will accelerate new store openings next year after losing a furious bidding war for Family Dollar to rival Dollar Tree. The discount retail giant plans to open 730 stores this year, representing a staggering 6% square footage growth, with another 875 stores to be relocated or remodeled. These aggressive expansion plans have been applauded by analysts on Wall Street.

Dollar General currently has 11,800 stores nationwide, so the planned increase it announced when it released earnings represents a huge 14% jump in the number of open stores in just two years. The company often focuses on smaller communities where a giant big-box store is a tougher proposition to make profitable.

This company remains the undisputed leader in the home improvement retail category. Home Depot Inc. (NYSE: HD) has 2,270 retail stores in all 50 states, the District of Columbia, Puerto Rico, U.S. Virgin Islands, Guam, 10 Canadian provinces and Mexico. In fiscal 2014, Home Depot had sales of $83.2 billion and earnings of $6.3 billion. It employs more than 370,000 associates.

With an expected mild winter on tap due to the el-Niño effect, some people think that can be a benefit to Home Depot and other home improvement companies. In addition, the continued strength in the housing market also could bode well for the company. Earnings per share gains have consistently been in the 15% to 20% range, and a consensus of analysts is forecasting earning increases to continue to grow at about 15% annually for another two to three years.

While late-cycle doesn’t mean game over, it would take a huge boost in the economy for the market to rally substantially higher. Investors may need to wait until 2017 to see if a change in the White House could add to positive economic growth.