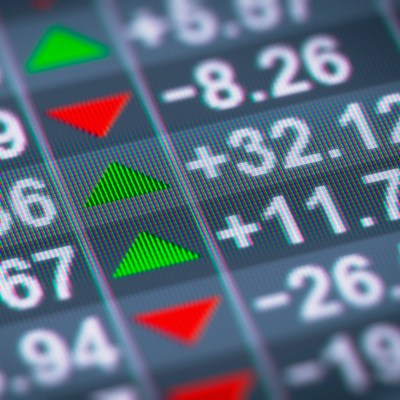 Source: Thinkstock
Did the bull market just get seriously interrupted? Or did it actually end? That is what investors are wondering about 2016. The Dow fell by 2.2% in 2015, and that was an interruption to what was nearing a seven-year bull market. But this drop of more than 1,000 Dow points in the first week marked the worst ever start to a year, a loss of about 6.2%. So now what are investors supposed to do?

If you want to own stocks no matter what, ones with serious long-term prospects and dividends, the class of defensive stocks is where investors will want to hide out. Maybe some of those big bull market stocks need to be lightened up in portfolios, and maybe the Dow and S&P will keep falling. After all, the Federal Reserve wants to keep raising rates gradually in 2016, and the situation in China and the world’s growth markets just isn’t getting better. Some strategists even think 2016 will be a down or very choppy year for stocks.

If investors want to stay in the stock market, the most defensive classes of stocks come to mind. This review does not include electric utilities or basic consumer products giants, but it does include food, water, phones, tobacco and defensive retail. All these stocks were hardly down against the real carnage in the first week, and some even rose!

One last consideration on the dividend front is how these compare to the longer-term Treasury notes and bonds. The 10-year Treasury yield is about 2.1% and the 30-year yield is about 2.9%, for a blended average of about 2.5%. That yield is surpassed by almost all five of these defensive stocks selected, and the average yield of these stocks is a whopping 3.6%.

Maybe you don’t want to trust analysts or outside views. During questionable times that is normal. But what can be trusted is the tape. These defensive dividend payers already have proven that they may hold their own weight. Here are five top defensive high-yield dividend stocks that are already proving to withstand the market carnage for 2016.

Still the king of tobacco in the United States, Altria Group Inc. (NYSE: MO) actually has minimal foreign currency woes since it spun off the international operations. It is hard to keep endorsing tobacco companies when their yields are smaller than telecom (see below) and when the pressure to get healthier keeps growing, but the reality is that states and cities rely on taxes from tobacco sales so much that they never want to totally kill the tobacco companies. The move to vaping actually, and surprisingly, has helped keep tobacco sales going because vapers sometimes want that old-school cigarette burn. Altria has vaping from NuMark and Green Smoke. It also has U.S. Smokeless Tobacco, and it has the John Middleton business for cigars and pipe tobacco.

Though American Water Works Co. Inc. (NYSE: AWK) is the king of the water utilities in the United States, it does have some exposure to Canada, and slower industrial activity will mean lower water bills from corporate water clients. This is still the best run outfit, and the investing community seems to have an insatiable desire to pay up for defensive water stocks. American Water has raised its dividend annually now and has set the expectations for more dividend hikes each year ahead.

At $59.67, American Water Works’ shares do not seem cheap at 21 times expected 2016 earnings, but that is often the case for defensive stocks with incredibly wide moats protecting against competition. That most recent close also put its shares down a mere eight cents from its 2015 closing price of $59.75. The stock has a consensus price target of $61.77 and a 52-week range of $48.36 to $61.20. The market cap is $10.7 billion. The dividend yield is about 2.3%, and its dividend hike should come after the first quarter of 2016, so the yield will rise as well.

AT&T Inc. (NYSE: T) is a key defensive stock. Sure, there is a price war in wireless, and it completed the DirecTV acquisition and has been increasing its U-verse offerings right when the investing world is worried about the continued rise of cord-cutters. Still, AT&T will be a solid player in Web and wireless ahead, even if those pressures persist. AT&T raised its dividend late in 2015, and it was replaced in the Dow Jones Industrial Average by Apple early in 2015.

This is almost as defensive as you can get — food! Kraft Heinz Co. (NASDAQ: KHC)  is one of the largest food companies in the world, and Warren Buffett and 3G are big investors. Kraft Heinz does have risks in prepackaged food and the war on salt, but wherever food trends go you can count on Kraft Heinz to be there. The one catch here is that the most recent close of $71.18 for its shares is actually down by 2.1% from the $72.76 close for 2015.

Shareholders do have a serious buffet here, with a 3.2% dividend yield, and the consensus price target is up at about $90 (versus a $61.42 to $81.20 post-merger range). It may still take some time before the investor base has settled down or before how it gets treated is clear, but this is a defensive stock worth owning for the years ahead.


ALSO READ: 5 Stocks That Destroyed Shareholders This Past Week
Wal-Mart

Wal-Mart Stores Inc. (NYSE: WMT) is back! This was the worst performing Dow stock in 2015, but despite a 1,000-point drop in the Dow during the first week, Wal-Mart shares were last seen trading at $63.54, for an actual 3.6% gain from its 2015 close of $61.30, The logic here is easy enough to understand. Wal-Mart shares were already beaten down from a 52-week high of just over $90.00, and if consumers are feeling tight in their wallets they are going to go buy their goods at the place they know has “Always Low Prices.”

Wal-Mart’s stock drop from lower guidance (and higher employee wages) now has its shares reasonably priced at 15 times expected (calendar) 2016 earnings. Now keep in mind that earnings are expected to be lower, so maybe the bar was set too low for potential upside, and its value is 14 times expected trailing earnings for 2015. Wal-Mart’s current dividend yield is also 3.1%.