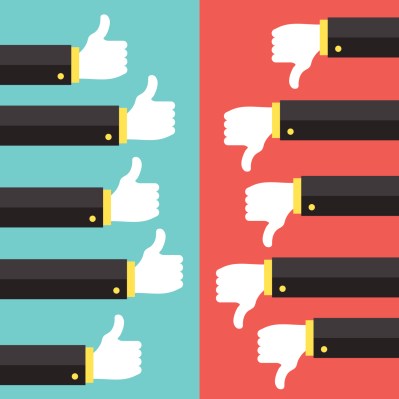 Source: Thinkstock
Stocks were indicated lower, with Dow futures down almost 100 points, early on Friday. Before panicking, think about how many days the markets have risen to higher and higher all-time highs. The Dow is now close to 21,000, and the bull market is within days of being eight years old. Investors have bought after every single sell-off for about five years now, and they are looking for new ideas and overlooked opportunities.

Some color has been added on many of the following calls, and the consensus analyst price targets referenced are from Thomson Reuters. These are the top analyst upgrades, downgrades and initiations seen on Friday, February 24, 2017:

Goldman Sachs Group Inc. (NYSE: GS) was downgraded to Sell from Hold at Berenberg, although the firm raised its price target to $190 from $140 in the call. What matters here, despite the call having so low a target (Thursday’s close was $251.19) is that Berenberg had the lowest price target on all of Wall Street. Goldman Sachs has a 52-week range of $138.20 to $252.65, and its consensus price target is $247.88.

Intuit Inc. (NASDAQ: INTU) was raised to Outperform from Neutral at Credit Suisse, and the firm raised its target to $140 from $109 (versus a $120.70 close). The take is that a slow start to tax season is not enough to get in the way of a solid story with growth coming from small businesses and expanded partnerships with financial institutions.

Yum China Holdings Inc. (NYSE: YUMC) was started with a Buy rating and assigned a $31.50 price target (versus a $26.77 closing price) at Deutsche Bank.

One analyst sees four oil takeover targets now that the prices have stabilized.

Other key analyst calls were seen in the following: