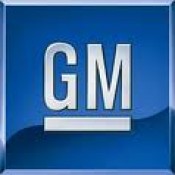 Ed Whitacre, the former chairman and CEO of AT&T and current head of GM looks like the Wizard of Oz scarecrow—tall and under-stuffed. Whitacre, however, can afford to buy new straw. He took over as chairman of GM on July 10, 2009. He initially showed a great deal of support for CEO Fritz Henderson, but then pushed him out in December. Whitacre made a great deal of noise about his plans to hire a world-class CEO like Ford had found in Alan Mulally, then convinced the GM board that he was the best that they could get. The time between Henderson’s departure and Whitacre’s elevation was less than two months.

Whitacre would like the public, the taxpayers who are the majority shareholders of GM, and the company’s customers to believe that he turned GM around the way that Lee Iacocca did Chrysler in the early 1980s. Whitacre appeared in TV commercials that were nearly identical to the ones Iacocca made for Chrysler. Any comparison beyond that demeans what Whitacre’s predecessors did at GM and Iacocca’s legendary career at Chrysler.

Rick Wagoner, the hapless head of GM from 2000 to March 29, 2009 was asked to step down by the Administration just before the country’s largest car company, and for many years the world’s largest car firm, went into Chapter 11. His testimony and that of the CEOs of Ford and Chrysler before Congress was disappointing. The case he made for his tenure at GM was unimpressive, and the few hours he spent making it before Congress doomed him.

Wagoner, which was often criticized for not being ruthless enough to restructure GM, was the most important agent of the company’s restructuring. He reduced GM’s North American production capacity from 6 million to 5 million cars between 2005 and 2008. He shuttered plants and fired more than 25,000 people. Wagoner saved GM over $9 billion during the course of the period when he was CEO. He also trashed the UAW and neutered it in a way no car company boss had since the union was founded. The UAW had to accept a new tier of lower-paid workers to save GM money and a trust to handle employee benefits. The establishment of the fund took $55 billion off the car company’s balance sheet.

Wagoner had done more than any CEO in US auto industry history to reduce costs from a car company. He may be damned for acting too late, or he may have been the victim of the market share loss suffered by all three US car companies, which was then followed by the depression in car sales in 2008 and 2009.

Fritz Henderson had been GM’s COO, CFO, and had held a number of management jobs around the world before he became the company’s CEO on March 31, 2009. He had been with the company since 1984, which undermined his position from the start. GM’s long-time management fell into disrepute after two years of unprecedented sales decline and recurring rumors about bankruptcy. He was merely a stand-in for a few months, a man who could not keep his job even if he had produced an outstanding performance.

People had to be blamed for GM’s downfall, and he was among them. The best month of Henderson’s career was when the government instituted the “cash for clunkers” program which lasted from late July until late August of 2009. The plan was responsible for over 680,000 car and light truck sales. GM sold about 18% of those cars. “Cash for clunkers” gave the industry its best sales month in over two years, but the impact wore off when the program ended.

Wagoner and Henderson were on duty when most of GM’s cost cuts were made and when the majority of the models in showrooms now were created. Whitacre did nothing to improve the company’s fortunes.

Total car and light truck sales in the US were up 16.7% in the first six months of 2010 to 5,614,023. GM’s sales for the period were up only 14.3% to 1,076,993. Rival Ford’s sales rose 28.2% during the period to 953,147. Toyota’s sales were up 9.9% for the same period, despite its recall problems. GM’s first half sales rose because of a rising tide in the US car market. GM earned $865 million in the first quarter, and that was only possible because of long-standing cost cuts and a resurrected auto market. Whitacre cannot take any credit for either.

The other critical part of GM’s improved business prospects is its leadership in the rapidly growing Chinese car market, which passed the US as the largest in the world in 2009. No one among GM’s management can take credit for that. GM first entered the China vehicle market decades ago. The last emperor of China owned two Buicks. GM set up an extensive dealership network in the People’s Republic in the 1990s.

GM may have an IPO in the next two months. Whitacre, among other people, has hinted as much. The offering would allow the US government to sell some of its shares and cut its 61% interest in the car company which represents a $50 billion investment. The taxpayers may not get all of their investment back from this IPO. It will almost certainly make Whitacre, already fabulously rich from his tenure at AT&T, much richer. The current GM CEO’s pay package is a base of $1.7 million, $5.3 million in stock available to him beginning in 2012 and restricted stock that was valued at $2 million at the time of the grant.

Whitacre ended up as the officer who got to a battle near its end and took credit for the victory. His timing was good, but that was all.