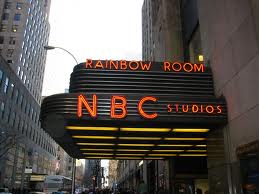 Oil fell to near $81 on eurozone concerns. (Reuters)

Qantas will begin A380 flights. (Reuters)

The Oracle (NASDAQ: ORCL) lawsuit against SAP went to the jury. (Reuters)

Three hedge funds were raided as part of a government probe of insider trading. (WSJ)

More consumers do not buy products in advance of when they need them which has changed company inventory habits. (WSJ)

Pressure from employers has gotten Obama to change some rules for low-benefit health plans. (WSJ)

House Republicans have begun to question the authority of the Consumer Financial Protection Group. (WSJ)

Massey is closer to a sale (WSJ)

The fate of many malls will depend on this holiday season. (WSJ)

Ireland banks will have to sell many assets. (WSJ)

The focus of sovereign debt problems is now Portugal. (WSJ)

The US and Europe issued new guidelines for airplane engines. (WSJ)

The cost of services for the Lehman Bros. bankruptcy has go over $1 billion. (WSJ)

Quadrangle begun to wind down after trouble with its former leader Steve Rattner. (WSJ)

The Fed has continued to attempt to stay out of politics despite attacks on QE2. (NYT)

Some economists believe that sovereign defaults are better than bailouts. (NYT)

Nissan says its new electric car gets the equivalent of 99 mpg. (NYT)

It appears that the BP plc (NYSE: BP) $20 billion fund will cover all spill costs. (FT)

China inflation may be rising more than expected. (Bloomberg)

The rescue package for Ireland has put more financial pressure on Spain and Portugal. (Bloomberg)

This Is America's Most Valuable College Football Team