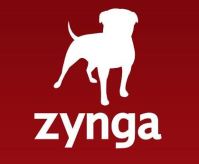 Source: Zynga
Zynga Inc. (NASDAQ: ZNGA) is getting shelled after the social gaming company’s first earnings report as a public company.  This sell-off is actually one that is deserved.  We also wonder just how much the earnings and guidance would have had to be to generate another round of buying.

At issues is that ad revenues basically tripled while its active users grew, but sales were barely up overall from the quarter before.  The company made $37.1 million in adjusted earnings as sales grew 26% on a year-over-year basis to $307 million.

The biggest issue is that the Facebook halo-effect was the key driver in the recent two weeks.  Before word came out that Facebook was going to formally file for its IPO, this was a $9.50 or so stock and technically a busted IPO because it was under the $10 IPO price.  Before today’s drop of 14% to $12.31, the stock had hit a new high of $14.55 and the market value was nearing the $10 billion mark.

$10 billion?  So what if ‘social gaming is becoming the new television’ as the company suggested?  Will it have the same revenues from advertisers?  What happens if and when consumers lose their interest in social gaming?  WHat happens when one of the large game publishing houses overpowers Zynga with a cooler game?  And what happens when investors realize that they effectively have no vote whatsoever with the multi-class share structure, even if the entire floated class is out in the market?

It is possible that one day in the future people may quit playing games with virtual farm animals.  Maybe they will play poker endlessly, but there are probably hundreds of online venues in which they can play poker.

It is surprising that the Global X Social Media Index ETF (NASDAQ: SOCL) is not getting hit more as its shares are down only 1.5% at $14.97.  And here are the valuations of the video game competitors:

Activision Blizzard, Inc (NASDAQ: ATVI) is worth $14 billion and its quarterly sales are over $1 billion if you smooth out the weak and strong quarters.

Electronic Arts Inc. (NASDAQ: EA) is worth $5.9 billion and its quarterly average in sales is somewhere around $900 million if you smooth out the weak and strong quarters.

Majesco Entertainment Company (NASDAQ: COOL) has been partially rewarded for its move into app-style games and “freemium” small games, and its sales are generally more than $30 million per quarter on average.  It has a market capitalization rate of only $107 million.

Analysts downgraded the stock after earnings:

Zynga’s drop is one which could have been expected.  The flip-side is that investors could have cheered the stock higher had the numbers been more robust.  What if this is close to as good as it gets?