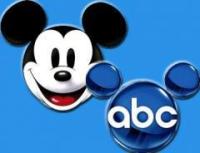 Travelzoo (NASDAQ: TZOO) may put itself up for sale. (Reuters)

The Department of Justice will sue Apple (NASDAQ: AAPL) over the way it helps price e-books. (Reuters)

Shareholder Starboard tells AOL (NYSE: AOL) that it will continue its proxy fight despite the company’s sale of patents. (Reuters)

Carlyle will try to get an $8 billion valuation as it goes public. (Reuters)

Best Buy’s (NYSE: BBY) CEO resigns because of a board investigation into his “personal conduct.” (WSJ)

Retailers cannot stop buyers from looking at merchandise in stores and then buying online. (WSJ)

Fannie Mae and Freddie Mac could save $1.7 billion by writing down some loan balances, according to a regulator. (WSJ)

The Institute of Medicine suggests a new tax on medical care. (WSJ)

China’s oil imports reached 5.55 million barrels a day in March, up 8.7% from last year, according to the China’s General Administration of Customs. (WSJ)

The Federal Reserve may change the way it stress tests large banks. (WSJ)

Some economists believe that subsidies for U.S. service firms to do business overseas could sharply improve sales. (NYT)

Gross domestic product may improve, with wholesale inventories as a sign. (NYT)

Prime Minister Mariano Rajoy says his nation’s future may ride on its ability to bring down bond yields as it presents austerity plans. (Bloomberg)

This Is the Most Well-Liked Player in the NFL

The Best SNL Celebrity Host of All Time

This Is the Team Most Likely to Win the Super Bowl