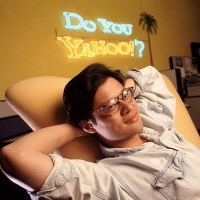 New interim CEO of Yahoo! (NASDAQ: YHOO), Ross Levinsohn, needs to make his mark quickly. After firing 2,000 people, his predecessor had plans to move the Internet portal into e-commerce, a business Scott Thompson knew well. As the current EVP of Yahoo!’s global media business, a title he still holds, its very likely that Levinsohn will try to grow their media franchises.

According to AllThingsD’s Peter Kafka, it’s something he thinks the new CEO will try: “If Levinsohn gets to run Yahoo the way he wants to run Yahoo, he’ll focus on getting the most out of its media business, because that’s his strength.”

Yahoo! could afford to increase its content holdings if it sells off some of its largest assets. The company may soon have a war chest of over $10 billion if it disposes of stakes in Alibaba and Yahoo! Japan. This money will be added to cash on hand. Yahoo! also has no long-term debt.

There’s at least one publicly traded company that Levinsohn might consider. If it buys Demand Media, (NYSE: DMD)Yahoo! could add a huge number of unique visitors in one move. In the most recent Comscore online research measurement, it had 64 million US unique visitors.

While it’s not doing well as well as it once was, that’s probably why Yahoo! could acquire it inexpensively. Demand’s shares have fallen from $16.40 to $8.50 in the last year. The firm’s traffic was battered when Google (NASDAQ: GOOG) changed the way it treated Demand’s sites for how the search company assigns page rank, and therefore traffic.  But that happened a year ago.

Demand has become a slow growth corporation, but still has a huge audience. Unfortunately, its quarterly revenue in the last period was a tiny $86 million, up only 8% from the same period a year ago. The company lost almost $2 million in the same period. Yahoo! would have to find a way to get a better yield from Demand’s audience to make it a smart acquisition. But Demand could be bought at a low price. Its current market cap is is only $675 million.

There are many more opportunities among privately held startups. Yahoo! could follow AOL’s (NYSE: AOL) lead and buy premium properties one by one. It could also match the categories AOL believes have the best yields. 24/7 Wall St. has identified the most likely targets in the event Yahoo! goes down that path. Where 24/7 Wall St. has already valued these properties in its annual blog valuation piece, those numbers have been used as a benchmark for probable acquisition price.