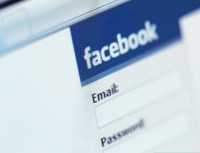 Zynga Inc. (NASDAQ: ZNGA) gets a jolt every time Facebook Inc. makes the headlines. Today’s headline is that the soon-to-be-public social media company will raise its IPO range from $28-$35 to $34-$38. Zynga’s popular games account for 15% of Facebook’s revenue, and that tie seems to bind the two companies together in most people’s minds.

We noted last week that there are other companies with ties to Facebook, including Microsoft Corp. (NASDAQ: MSFT), GSV Capital Corp. (NASDAQ: GSVC), and First Hand Technology Value Fund Inc. (NASDAQ: SVVC) which already own shares in Facebook, and Global X Social Media Index ETF (NASDAQ: SOCL) which will have to acquire shares as soon as it can after the IPO.

But Zynga gets the most bounce because Microsoft’s holdings are not large enough to give the software giant a big boost. The others are straight financial plays which may turn out well for investors or may not. So Znyga gets the focus.

Somehow, though, it’s hard to figure how Facebook’s being a public company helps Zynga’s revenues or profits much. Are more people going to become Facebook users once the company is publicly traded? Will Zynga raise its prices? Will Facebook pay Zynga more? Sure Zynga’s CEO stands to make some money with his sale of Facebook shares, but how does that help his company?

The one thing Zynga continues to have, and that it has had for some time, is a popular for-fun casino that could easily be switched over to a gambling model if the US Congress ever approves such a law. But, again, how exactly is that tied to Facebook’s status as a publicly traded company? And when Zynga’s deal with Facebook expires, who’s in the driver’s seat in negotiations for a future deal?