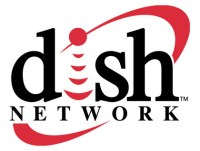 Satellite TV provider Dish Network Corp. (NASDAQ: DISH) is reportedly in talks with Viacom Inc. (NASDAQ: VIAB), Scripps Networks Interactive Inc. (NYSE: SNI) and Univision to offer some of the networks’ cable channels over the Internet. Called “over-the-top” programming in the industry, if Dish can strike a deal it would be a first for the cable/satellite industry.

Dish also announced earlier this week that it will begin offering broadband Internet access by satellite next week. The service would cost $39.99 a month and include 5 megabit-per-second download speed and a data package totaling 10 gigabytes a month when bundled with a programming package and a two-year contract. Doubling the data speed and the data package would add $10 a month.

The combination of a limited number of streaming TV channels and the broadband service could be a compelling offer to rural Americans who are currently quite limited in their choices of either broadband service or cable/satellite programming.

The Dish Network over-the-top programming is the most disruptive part of the plan, though, because it would offer subscribers something that they have been demanding but that cable and satellite providers have been unwilling to make available — a la carte programming.

But it is a big gamble. Consumers have adopted the DVR model, which allows them to record and watch TV programming at their own convenience. And there are many options for viewing recent programs within a few days of their original showing. Unless Dish can grab more compelling content than MTV or the Food Network, over-the-top offers may be resistible.

The most compelling content for over-the-top programming would be live sports, but it is nearly inconceivable that the broadcast networks or ESPN — which is owned by Walt Disney Co. (NYSE: DIS) — would be willing to make those events available on an a la carte basis. For the content owners, the all-or-nothing model is still their preference and probably always will be.

Besides, Dish Network’s ad-skipping DVR feature — Hopper — has already inflamed many network operators enough to launch a number of lawsuits against the satellite company. Dish has few friends left among the content providers.