The Movie Business Needs Another 2014 Blockbuster 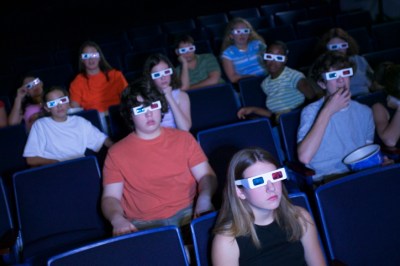 Source: Thinkstock
In 2013, U.S. movie studios as a group posted gross receipts of $10.92 billion, and the top grossing film of the year was “Iron Man 3” from Walt Disney Co.’s (NYSE: DIS) Buena Vista studios with $409 million in box office receipts. In fact, if you look at just the top-grossing film from the seven publicly traded studios, the blockbusters accounted for nearly 20% of receipts from all the studios and about 22% of total receipts from the big seven.

The seven largest studios accounted for 85% of all box office receipts from all studios in 2013. Total box office last year was a record $10.926 billion, according to Box Office Mojo, and the big seven took in $9.25 billion of that. And what are we paying to see?

Warner Bros., a division of Time Warner Inc. (NYSE: TWX), garnered $291 million from “Man of Steel,” and since its release in October, “Gravity” has pulled in $255 million. Warner Bros. led all studios in box office receipts in 2013 with $1.86 billion and a market share of 17.1%. The studio released 25 movies last year. So far in 2014 Warner Bros. has released two movies, “The Lego Movie” and “Winter’s Tale,” and it has increased its share to 19.6% on receipts for the first two months of the year of $329.7 million. “The Lego Movie” is the top-grossing film of the year thus far, with $209 million in receipts, the only movie released so far this year with a box office take of more than $200 million.

Lions Gate Entertainment Corp. (NYSE: LGF) rode “Hunger Games: Catching Fire” to a number five ranking in 2013, with a market share of 9.8% on receipts of $1.07 billion. “Catching Fire” is still the studio’s highest grossing movie through the first two months of 2014, even though it has released three new films. The company’s ranking has dropped to number seven.

20th Century Fox, a division of Twenty-First Century Fox Inc. (NASDAQ: FOXA), grabbed market share of 9.7% in 2013 on total receipts of $1.06 billion, and it took the sixth spot in the ranking. The studio released 14 films last year, and its top grossing movie was “The Croods” with $187.2 million. So far this year it has released two films and remains number six in the 2014 league tables.

Paramount Pictures, which is owned by Viacom Inc. (NASDAQ: VIAB), ranked seventh in 2013, with $966.9 million in receipts after releasing 10 movies. Its top grossing film was “Star Trek Into Darkness” with $228.8 million in box office take. For the first two months of 2014, its top grossing film is “Wolf of Wall Street,” which was released on Christmas Day, but it has moved up to fourth in receipts to date this year.

Based on the first two months of the year, total box office receipts of $1.68 billion would bring total receipts for this year in at more than $10 billion again, but unless a blockbuster or two comes along, getting near $11 billion again will be tricky.