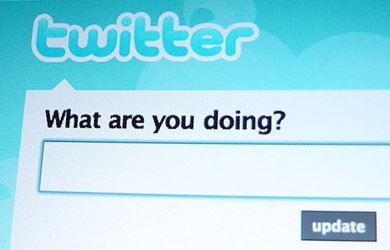 Source: Wikimedia Commons
Twitter Inc. (NYSE: TWTR) has a new sort of analyst rating — it is now rated “Junk” by Standard & Poor’s. Before you hit the panic button again, keep in mind that this is 1) an unsolicited credit rating and 2) is not an equity analysis. This report might even potentially be overlooked and ignored by equity investors.

S&P said that Twitter’s rating is based on a fairly recent $1.8 billion in convertible notes. The business risk profile was listed as “fair” based on an expectation of a high growth potential over the next several years and due to its competitive position in social networking.

S&P’s formal rating is “BB-” and the notes have a “3” recovery rating. The rating outlook was deemed to be “stable,” based on the expectations that Twitter will continue to have strong growth and that it will not encounter any real increase in competitive pressure. That “3” recovery rating assumes the chance of a meaningful recovery (50% to 70%) of principal for debt holders in the event of a default.

S&P went on to note that Twitter had roughly $3.6 billion in cash and short-term investments at the end of September, which included the impact of the $1.8 billion in convertible notes. Several assumptions were a part of the rating:

The one quote that stood out to the downside was as follows:

Depending on the level of business reinvestment, Twitter may not generate positive discretionary cash flow until 2016. … We do not expect it to pursue shareholder return activities such as buybacks and dividends.

24/7 Wall St. was curious about how Twitter’s investor day and analyst day could result in forecasts for a half-decade into the future.

Twitter shares were down by 5% at $40.35 late on Thursday, against a 52-week trading range of $29.51 to $74.73. The consensus analyst price target is closer to $51.30, but that is from equity analysts. Again, this was an unsolicited rating that was on the corporate credit profile — something that is often very different from an equity analyst rating.