Will Starz Find a Buyer? 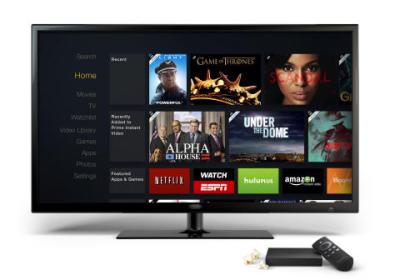 Source: Amazon.com Inc.
While Starz (NASDAQ: STRZA) and potential suitors have declined to comment, there are reports that the pay-TV channel is interested in either a sale or some other kind of strategic alliance. The list of possible buyers includes at least some of the usual suspects and maybe a few not-so-usual.

A report at the New York Post said that CBS Corp. (NYSE: CBS) has shown some interest in adding Starz to its lineup. CBS already owns Showtime, and adding Starz may help it chip away at the top pay-TV channel, Time Warner Inc.’s (NYSE: TWX) HBO. The Post also noted that Twenty-First Century Fox Inc. (NASDAQ: FOXA) had a courtesy meeting with Starz.

Lions Gate Entertainment Corp. (NYSE: LGF) has also demonstrated some interest in acquiring Starz, which was spun out of John Malone’s Liberty Media Corp. (NASDAQ: LMCA) last year. Malone is reportedly seeking $5 billion for the company, which had a market cap on Friday of $3.36 billion.

All these entertainment companies are among the usual suspects. The unusual suspects may include Netflix Inc. (NASDAQ: NFLX) or perhaps even Amazon.com Inc. (NASDAQ: AMZN), streaming video providers that are beefing up their own original programming in an effort to keep growing.

Netflix beat Starz in 2012’s bidding war for the exclusive rights to show studio films from Walt Disney Co. (NYSE: DIS) beginning in 2016. One asset that Starz owns that Netflix might find irresistible is a multiyear agreement with Sony Corp. (NYSE: SNE) as the exclusive first-run TV outlet for Sony’s live-action films. That deal runs through 2021. Earlier this year, Netflix was able to carve out its own multiyear deal for first home-video rights to Sony’s animated features.

Netflix currently issued $400 million in 5.75% notes earlier this year and currently has $900 million in long-term debt and about $1.6 billion in cash, equivalents and short-term investments. Moody’s has a non-investment grade rating of Ba3 and S&P’s rating is an equivalent BB-.

Amazon holds about $3.1 billion in long-term debt and about $6.9 billion in cash, cash equivalents and short-term investments. The company’s debt rating at Moody’s is an investment grade Baa1.

The power of content providers like the movie studios and pay-TV channels to wring out serious money from the streaming services is not in question. The question is whether Starz has enough to offer in the way of its own original programming and its movie rights to make it worth $5 billion to either Netflix or Amazon.

While it is possible one or the other of the two big streaming services may make a try at acquiring Starz, it is more likely that the channel will be a better fit for a media company that already has a number of cable channels. But the reported asking price is pretty steep, and John Malone may have to settle for less.