Why DirecTV Earnings Report Is All About the AT&T Merger 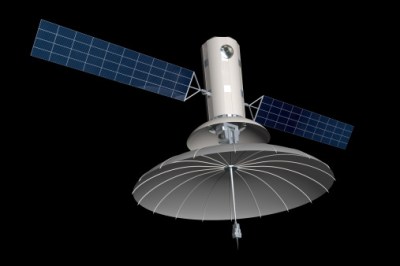 Source: Thinkstock
DirecTV (NASDAQ: DTV) reported first-quarter 2015 results before markets opened Tuesday morning. The satellite TV provider posted adjusted diluted earnings per share (EPS) of $1.44 on revenues of $8.14 billion. In the same period a year ago, the company reported EPS of $1.63 on revenues of $7.86 billion. First-quarter results also compare to the Thomson Reuters consensus estimates for EPS of $1.53 and $8.15 billion in revenues.

DirecTV barely mentioned the elephant in the room: its proposed $48.5 billion acquisition by AT&T Inc. (NYSE: T), first announced in May of 2014. The deal is under close scrutiny by U.S. regulators, who have twice stopped the clock on the 180-day review period. The decision by Comcast to withdraw its proposed acquisition of Time Warner Cable may or may not figure into the AT&T-DirecTV deal, but it certainly must have startled the two parties.

While AT&T would like to have the 20.4 million U.S. subscribers, the company is perhaps more interested in DirecTV’s Latin American business, because it would be its first step offshore, which may be the only place the company can look for growth. U.S. regulators may have drawn a line in the sand over subscriber numbers with their hard-nosed approach to the Comcast-Time Warner deal. AT&T may be able to overcome that hurdle by agreeing to divest a substantial number of U.S. subscribers in order to get the Latin American business.

The general feeling is that the deal will go through. There are 10-days remaining in the federal review process, once the clock starts running again following an appeals court decision in another case.

We remain confident that our transaction with AT&T will close in the second quarter, and we are excited to carry our strong operating momentum forward to help create a unique new market leading company.

The company did not offer guidance in its press release, but the consensus estimates call for second quarter EPS of $1.59 on revenues of $8.09 billion. For the full year, EPS is expected to total $5.98 on revenues of $33.34 billion.