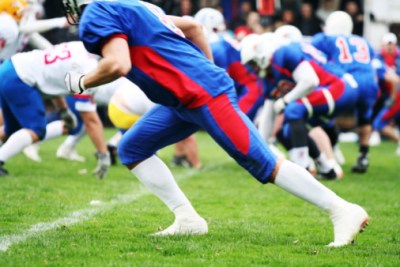 Source: thinkstock
America’s pastimes might officially be mom, baseball and apple pie, but don’t dare tell that to sports fans in the fall and winter on most Saturdays and Sundays. Generally speaking, those days are reserved for endless hours of watching college and National Football League games on television. Well, Yahoo! Inc. (NASDAQ: YHOO) is taking on a major effort here to bring an NFL game to the other big screen — online.

The NFL announced on Wednesday that it has selected Yahoo as its exclusive live streaming partner to deliver what will be the first-ever official live stream of an NFL game. The live stream is also going to be for free, and that means that the game is being catered to a global audience across all Web-enabled devices.

This partnership is said to cover the NFL’s International Series game, which is scheduled to be in London on October 25. The game will be between the Buffalo Bills and Jacksonville Jaguars.

It appears as though all Yahoo properties will have the game — Yahoo, Yahoo Sports, Yahoo Screen and Tumblr. Combined, these are said to have more than a billion users per month.

This partnership is expected to help the NFL extend its digital presence. Another boost is that the NFL will be able to leverage upon Yahoo’s audience, digital advertising efforts and delivery platforms. What this really means is that an NFL game is going to be available for free on any desktop, laptop, tablet, smartphone, connected TV and set-top box.

The big question here is what the financial cost is to Yahoo — not just what it will have to pay or share with the NFL, but also what the bandwidth efforts and seamless streaming might cost. Some investors may take the opportunity to criticize Marissa Mayer if the cost sounds too high, but the reality is that Yahoo gets to be the first of its kind. Think about this: what if this proves the commercial viability of streaming online versus being only on TV? It could be a huge coup for the company’s turnaround efforts.