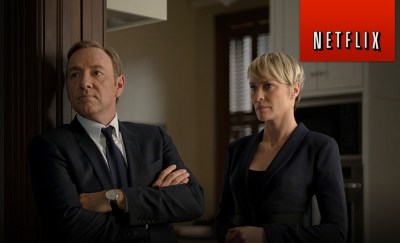 Source: courtesy of Netflix
One thing that rarely goes out of favor, even in a recession, is media and entertainment. With Internet use and content streaming soaring and traditional media desperately trying to stay relevant, companies that do win consumers are in awesome shape for the future. A new report from UBS sizes up the winners and the losers in the arena, and the firm feels that four stocks have a real shot at large gains.

While the UBS team is actually neutral on the sector as a whole, they do have stocks that stand out as big potential winners. The analysts specifically like four that are all Buy rated and have a 23% average upside from current trading levels.

This company is a top consumer media company with multiple streams of income to push revenue, and many Wall Street analysts see Walt Disney Co. (NYSE: DIS) stock outperforming on a near and long-term basis. With the movie studio business poised to improve, as with its accelerating theme park business, the network programming continues to drive viewerships with extensive sports programming. Combining that revenue growth with the company’s solid media networks and interactive presence, and 2015 revenue estimates could be conservative.

The Smallest Animal In The World