Are Disney Shares Trying to Form a Bottom? 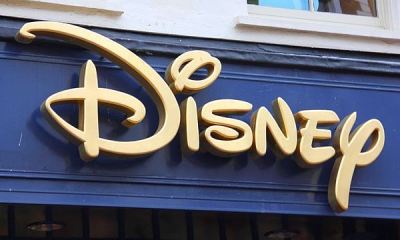 Source: Wikimedia Commons
As the broad markets fell on Friday, Walt Disney Co. (NYSE: DIS) took a slight dip as well. The difference between the broad markets and Disney was that Disney bounced back earlier. That begs the question whether Disney has found a bottom.

Trying to predict a bottom can be likened to catching falling daggers. Calling a formal bottom is also next to impossible. Still, many investors will begin to wonder if that low seen on Friday under $97 may start to act as a base or as support. After responding somewhat positively from the lows, despite the market cratering around it, it was just very hard to ignore the move in Disney.

Another interesting detail about this week’s move lower was that it is only the second real violation in the 200-day moving average since 2011. That being said, Disney’s drop has been monumental, as if the company’s entire fundamentals were changing. There are fears about the broadcast and network business, but the rest of Disney’s chain still looks great.

Analysts were not particularly keen on Disney this week. A couple formal downgrades were seen, as was one serious price target cut.

On Tuesday, Disney was downgraded to Market Perform from Outperform at Wells Fargo. Disney shares rose almost 2% to $109.05 the prior day. This was just noted over the weekend as having one of the three bad charts trying to show signs of life.

This was followed up on Thursday with another downgrade. The Mouse House was lowered to Market Perform from Outperform and the price target was cut to $114 from $125 (versus a $106.45 close) at Sanford Bernstein.

On Friday came a report from Cowen maintaining its Market Perform rating. What stood out here was the price target cut, down to $89 from $98.

So far on the year, Disney still has actually outperformed the market as shares are up almost 7% year to date. They are also still up about 13% in the past 52 weeks.

Disney remains a top consumer media company with multiple streams of income. Its stock has been hammered after disappointing earnings prompted a big fear that consumers are “cutting the cord” on cable. Disney has the movie studio business poised to improve, as with accelerating theme park business, the network programming continues to drive viewership with extensive sports programming.

Most importantly, the company produces tons of content that will keep it a long-term media alternative, and recently it announced that Star Wars-themed areas will be coming to Disneyland park and Disney’s Hollywood Studios at Walt Disney World Resort in Orlando. Another Frozen film is in the works as well.

Regardless of where this stock is destined to go, one thing that seems very evident is that investors just are not going to pay the same earnings multiple that they were willing to pay just a few weeks ago. The market correction has made investors more conservative. The stock now trades at less than 18 times expected 2016 earnings per share, but that multiple had reached about 21.5 times expected earnings just a few weeks ago. It is possible that Disney’s multiple will correct further, but it is at least at far less of a premium now than it had been. 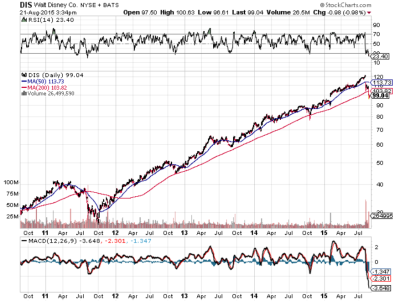 ALSO READ: The Crowded Momentum Trades May Be Over: Time to Buy Quality