Zale Gets Hitched to Signet Jewelers 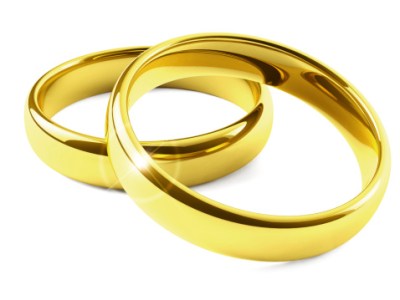 Source: ClaudioVentrella/ThinkStock
Despite the attempt by activist shareholder TIG Advisors to tarnish Signet Jewelers’ (NYSE: SIG) acquisition of Zale (NYSE: ZLC) by asking investors to oppose or at least abstain from voting, the specialty jeweler announced last week a majority of its shareholders agreed to the wedding.

With the merger’s approval, Signet is now an even larger dominating force, commanding a 15% share of the specialty jewelry market, three times larger than its nearest rival Tiffany (NYSE: TIF). Yet what that also shows is just how fragmented the industry is, and how it’s a diverse population of independent dealers.

Still, Signet has the opportunity now to further expand its presence. Through the three biggest, most well known names in the industry — Kay Jewelers; Jared, the Galleria of Jewelry; and now Zale’s — Signet is a potent force to reckon with. The $1.46 billion union will feature more than 3,600 locations generating over $6.2 billion in pro-forma revenue. It will also save some $100 million by 2018, divvied up between improved product sourcing and purchasing ($50 million); cross-brand repair services and selling ($30 million); and reduced overhead ($20 million).

TIG Advisors didn’t necessarily object to the marriage taking place, only that Zale shareholders weren’t getting much of a dowry out of it. Because of conflict of interests from both Bank of America (NYSE: BAC), which was advising and seeking business on both sides of the deal, and significant shareholder Golden Gate Capital, that had previously said it would be selling its shares thus depressing the stock. It was also given a seat at the bargaining table, suggesting the interests of common shareholders were ignored.

That means the $690 million, $21 a share purchase price Signet offered for Zale significantly undervalued the jeweler. It may have been worth that much a few years ago when it was a broken stock, but it just turned a profit, was looking to substantially increase sales, and was far healthier than it’s been. Zale fired back the offer was well within valuations of similar transactions in recent years and was quite fair to all parties involved.

In the end, Signet’s offer carried the day, with 62% of the votes cast coming down in favor of it, though TIG did persuade some 26% of the shareholders to vote against it and another 11% to abstain. However, those voting in favor of the merger only represented about 5% of all outstanding shares, meaning it bare scraped by. Had the abstention bid moved forward, though, it would have given investors more time to study the deal and perhaps wrangle greater concessions from Signet.

Still, a win is a win, but three hedge funds that voted against the transaction are seeking to have a judge appraise their shares at a higher price. Essentially it means a court can assign a higher price to the stock than was agreed upon if he deems the parties undervalued them, though it requires the investor to vote against or abstain. TIG, Mario Gabelli, and Merion Capital have all said they will pursue an appraisal of their shares. In fact there’s a whole investment strategy involved in the practice, with Merion playing the points as a business model. It currently has at least five separate investments before judges, hoping they’ll squeeze out additional percentages for them.

Whatever the outcome of those efforts are, Signet still has its jewel and can now continue its brilliant strategy of dominating the mall.

Will this stock be your next multi-bagger? Give us five minutes and we’ll show how you could own the best stock for 2014. Every year, The Motley Fool’s chief investment officer hand-picks one stock with outstanding potential. But it’s not just any run-of-the-mill company. It’s a stock perfectly positioned to cash in on one of the upcoming year’s most lucrative trends. Last year his pick skyrocketed 134%. And previous top picks have gained upwards of 908%, 1,252% and 1,303% over the subsequent years! Believe me, you don’t want to miss what could be his biggest winner yet! Just click here to download your free copy of “The Motley Fool’s Top Stock for 2014” today.