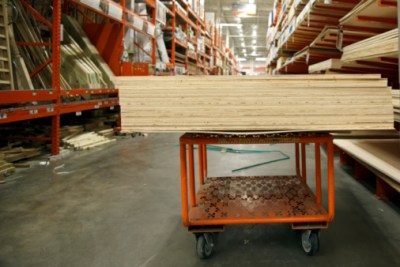 Source: Thinkstock
Despite the recently reported breach in online security and the hit that its share price took, Home Depot Inc. (NYSE: HD) is likely not as bad off as many investors might think. This is according to a research report by Oppenheimer’s Brian Nagel. His take is positive for both Home Depot and Lowe’s Companies Inc. (NYSE: LOW), but Nagel went on to use last year’s disaster at Target Corp. (NYSE: TGT) for its recent hack as a reference.

Since mid-May, Home Depot was up 18% and Lowe’s was up 20%, compared to only 7% in the S&P 500. 24/7 Wall St. also recently gave an assessment that the relative situation for Home Depot was just not likely anywhere as bad as for Target after viewing the actual market response to news of the breach.

Earlier this week various news services reported that over the past few months Home Depot might have fallen victim to a potential breach of credit and debit cards used at its stores. Data regarding this potential security issue has been limited thus far. HD has been unable to confirm that any breach actually occurred. News of potential credit and debit card issues has weighed somewhat on HD shares. Since the close of trading on Aug. 29th (the trading day prior to news of a potential security breach at Home Depot), shares of HD are down about 3% and underperforming a gain of about 4% in our Opco Hardlines coverage (ex. HD and LOW) and a flattish showing in the S&P 500.

READ ALSO: 5 Overbought Tech Stocks That Could Sell Off Big

Nagel went on to make points for Home Depot relative to Target:

Nagel concluded that, “While shares might lack a near-term ‘investable event,’ they should continue to grind higher through at least early 2015 on improving fundamentals, sector-leading earnings growth and potential EPS upside, and still-accommodative valuations.”