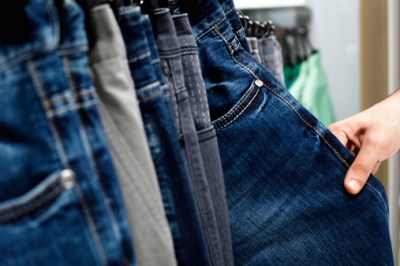 Source: Thinkstock
Monday after the markets closed, Urban Outfitters Inc. (NASDAQ: URBN) reported its fiscal fourth-quarter financial results. The specialty retail company had $0.60 in earnings per share (EPS) on $1.01 billion in revenue, compared to Thomson Reuters consensus estimates of $0.58 in (EPS) on $1.01 billion in revenue. In the same quarter of the previous year, the retailer posted EPS of $0.59 and revenue of $905.86 million.

The company did not give guidance for the first quarter, but the consensus estimates are $0.30 in EPS and $756.45 million in revenue.

In terms of its segments, Urban Outfitters reported for the fourth quarter:

During the past year, Urban Outfitters repurchased and retired 7.7 million common shares for roughly $258 million, leaving 2.3 million shares available for repurchase under the last authorization. On February 23, 2015, the board of directors authorized an additional repurchase program for 20 million shares.

However in this report there was no mention of a dividend. 24/7 Wall St. had previously detailed that Urban Outfitters was one company that refused to pay dividends. Urban Outfitters has not really run out of opportunities, and it can keep buying back stock.

Urban Outfitters could easily keep its buyback plan alive opportunistically on pullbacks and offer a $0.38 dividend for a 1% introductory yield without even paying 20% of its normalized expected income from operations. Without any serious long-term debt, there is even a chance for a light bit of leverage, if the company wanted to be more aggressive. At this point, it seems obvious that Urban Outfitters could begin working to amend its credit facility to accommodate a dividend, if it chose to.

We are pleased to report our first billion dollar quarter, fueled by positive retail segment “comps” at all of our brands. It is encouraging to see this sales trend continue into Q1.

On the day of earnings, a couple analysts weighed in on the clothing retailer. Buckingham Research initiated coverage with a Neutral rating and a price target of $43, implying an upside of 8.8% from Monday’s close. Brean Capital had a Buy rating and raised its price target to $46, up from $42, implying an upside of 16.4%. However, it is possible that these estimates could get revised again shortly after the stellar performance on this report.