Profit Feeling Some Pressure at Pier 1 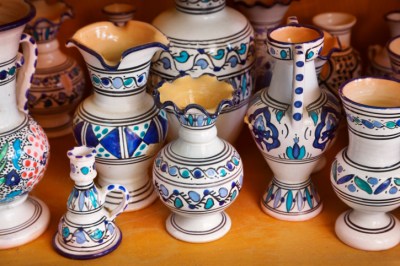 Source: Thinkstock
Pier 1 Imports Inc. (NYSE: PIR) reported first-quarter fiscal 2016 results before after markets closed Wednesday. The home furnishing retailer reported earnings per share (EPS) of $0.08 on revenues of $432 million. In the same period a year ago, Pier 1 reported EPS of $0.16 on revenue of $419.1 million. First-quarter results compare also to the Thomson Reuters consensus estimates for EPS of $0.08 and $434.53 million in revenue.

Total sales for the first quarter increased 3.1% (3.9% on a constant currency basis after adjusting for an 80 basis point impact attributable to the year-over-year devaluation of the Canadian dollar).

Same-store sales rose 4% in May, and the company’s CEO said that June’s same-store sales are “trending in excess of May results.” Company comparable sales for the quarter increased 2.0% (2.8% on a constant currency basis).

The company said it had repurchased approximately 1.4 million shares of common stock during the quarter at a total cost of $17.6 million. Of the $200 million buyback program announced in April 2014, the company still has $97.2 million available to repurchase shares.

For the near term, we are resolutely focused on continuing to execute on the top line and demonstrating greater expense control. With our omni-channel transformation now complete, we are confident that we can begin to rebuild our profitability levels through measured sales and margin growth, along with expense leverage.

The company guided fiscal fourth-quarter fully diluted EPS at $0.07 to $0.08 and expects same-store sales to rise 4% to 5%. The consensus estimate called for EPS of $0.08.