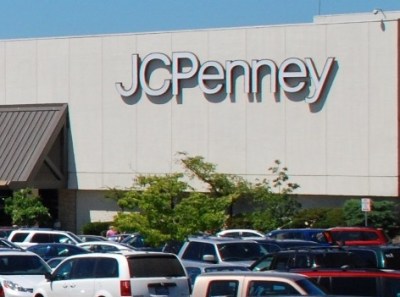 Source: Wikimedia Commons
In a sea of larger competition, J.C. Penney (NYSE: JCP) continues to battle to survive. A decade ago, at least its financial results were not continually eroding.

J.C. Penney management has spent the last several quarters promoting a recovery which began after the end of the tenure of former Apple (NASDAQ: AAPL) retail chief Ron Johnson His replacement was Mike Ullman III, who has posted a very modest recovery from the disaster under Johnson when sales fell as much as 20% per quarter. The price of the company’s stock is the critical measure of whether a recovery is real. It has drop from $42 in February 2012 to just above $8 recently.

The reason the stock continues to be depressed is that a recovery has not been a recovery at all. In the quarter which ended May 2, revenue rose only 2% to $2.86 billion. J.C. Penney lost $167 million. Granted, that was better than the $352 million lose in the same period the year before. Same store sales were up 3.4%, which does very little to fill in the hole Johnson created.

Penney’s fate still hinges on cutting and maintaining cost cuts, which is not a very good business model. It does not have to money to sharply upgrade the appearance and infrastructure of its 1,000 stores. Penney has stubbornly kept most of them open.

In the meantime, even though sales at largest retailers like Target (NYSE: TGT) have slowed, Target’s revenue was $72 billion last year. And, while a number of other department store retailers not as large as Target, they are much larger than Penney. Among the enemies of all these companies is the move of retailers online. Bricks and mortar sales are barely a zero sum game. And, zero sum in not enough or a Penney revival