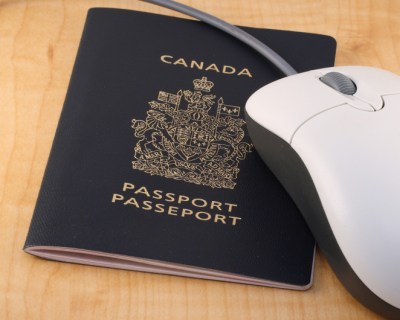 Source: Thinkstock
When a major shareholder sells a third of its holdings, everyone notices. That’s why Tuesday’s sale by PAR Capital Management Inc. of 8.1 million shares of the 24.6 million shares it held in Orbitz Worldwide Inc. (NYSE: OWW) put a big dent in Orbitz’s share price.

What about the two-thirds that PAR kept? PAR’s president, Paul Reeder, said that now “it is prudent for us to liquidate a portion of our investment [in Orbitz] in order to better diversify our portfolio.” At Monday’s closing price of $11.74 a share, PAR’s holdings in Orbitz were valued at around $289 million. PAR’s total assets were valued at around $2.68 billion in March, making the firm’s investment in Orbitz worth about 11% of PAR’s total assets. Shaving off less than 4% of the firm’s total assets could be a diversification move, it could be profit taking, or it could be a sign that the Internet travel business could be getting ready for a fall.

What about the Internet travel sector? Compared with Priceline.com Inc. (NASDAQ: PCLN), up about 70% in the past 12 months, and Expedia Inc. (NASDAQ: EXPE), down about 8%, Orbitz’s gain of more than 200% really stands out. PAR’s holding in Priceline totaled 339,000 shares at the end of the first quarter and was valued at $233.6 million. Shares are up nearly 34% since then.

PAR’s stake in Expedia totaled 1.22 million shares, valued at $73.3 million at the end of the first quarter and those shares are up nearly 45% since then.

It seems reasonable to conclude that Internet travel companies are doing very well, and the best performer has been Orbitz. It makes sense then that PAR would choose to sell a portion of its stake in Orbitz to provide some capital for diversification. The firm would have had to sell its entire stake in Expedia to raise the same amount of cash, and selling Priceline when that company should be thinking about a stock split would not have been a very smart move for PAR.

So far on Tuesday Orbitz shares are down about 12.6% at $10.25 in a 52-week range of $2.07 to $13.26. On an average day volume is about 1.25 million shares and now that the share price has dropped somewhat it wouldn’t be unusual to see the price bounce back when the dust settles later this week.

Airbnb Gears Up for IPO, Finally

DoorDash Now Ready for Its Hot IPO, Maybe Even With Profitability

Should Investors Be More Cautious on Lyft After Earnings?