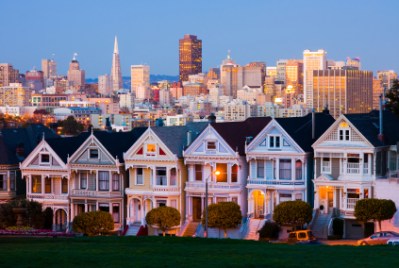 The homeownership rate dropped to 66% of all households in the fourth quarter of 2011 — the lowest rate in over a decade. Since the recession began, growth of renter households has consistently outpaced growth of owner households. According to a recent report by the National Low Income Housing Coalition, the decrease in homeownership reflects general concerns over the direction of the economy.

Read The Cities Where People Can’t Afford Their Rent

Given such conditions, many renters cannot maintain what financial advisors recommend renters should spend on an apartment: no more than 30% of a paycheck on rent. According to NLIHC, only renters in 37 of the nation’s 582 metropolitan regions considered in the report meet this goal. The report reveals that in most parts of the country, rental prices vastly exceed 30% of the average renter’s wages.

Based on the report, 24/7 Wall St. identified the 10 metropolitan regions that had the biggest difference between the average renter wage per hour and the amount they would need to earn per hour to afford fair market rent, the amount the Department of Housing and Urban Development considers average affordable rent. These are the 10 cities where rent is least affordable.

These cities are unaffordable because rent is among the highest in the country and because income inequality is significant. The 10 regions on this list are, almost without exception, the most expensive areas for renting in the country. Six of the 10 regions are in the top 20 for rent costs. The average fair market rent for all the areas considered in the report is $771 per month. In Orange County, Calif., and Honolulu, Hawaii, two of the worst cities for renters, it is more than $1,600 per month.

In these 10 regions with the biggest rental affordability gaps, average renters would need to make 70% more than they currently earn so that only 30% of their salary goes to rent. In the Nassau-Suffolk county in New York, among the worst, a person would need to work four and a half full-time, minimum-wage jobs to meet the 30% of total wages goal. In that area, even if the renter earned the average renter wage for the area, he or she would need to work more than two full-time jobs to reasonably afford to rent a two-bedroom apartment in the area.

In an interview with 24/7 Wall St., NLIHC research analyst and the report’s author, Elina Bravve, explained that the inequality in these regions is due to high demand for rentals among a small number of extremely wealthy residents. The richest residents can afford to pay a great deal for housing and, as a result, are driving up rental prices. Middle- and low-income individuals are forced to pay for the inflated prices in order to live in the area.

There are three types of metropolitan regions where rent is unaffordable. First are the wealthy suburbs of MSAs like the Washington-Arlington-Alexandria region. The Maryland area of the D.C. metropolitan region has the seventh-highest income in the country and includes a number of expensive areas outside the city. Wealth and proximity to the city drive up rental prices and make the area difficult to afford for those in blue-collar or service jobs.

Another type of region where rent is unaffordable is the popular destinations for tourist and vacation home buyers such as Honolulu, Hawaii, and Santa Cruz, Calif. According to Bravve, “In these vacation centers, there’s a pretty significant wealth gap between the summer residents and tourists and the full-year-round residents who serve them in restaurants and hotels.” Wealthy buyers increase home prices, “while most locals actually work in the service (or tourism) sectors of the economy — which don’t pay much at all.”

Finally, there are regions like the Pike County, Pa., where the housing markets are booming. In these regions, demand for new homes is growing at a faster rate than new accommodations can be built to sustain new tenants. Natural gas fracking recently has become a booming industry in the region, and demand for rental space has shot up as hundreds of workers have moved to the area looking for places to live. According to Bravve, “with the influx of new workers in this community, there is just not enough housing. Lower income workers in the area who do not work in the fracking industry are particularly hit hard — because they can’t afford the sudden increases.”

24/7 Wall St. relied on NLIHC’s report,“Out of Reach 2012: America’s Forgotten Housing Crisis,” to identify the 10 metropolitan regions that had the biggest gap between the average renter wage per hour and the amount they would need to earn per hour to afford fair market rent, the amount the Department of Housing and Urban Development considers average affordable rent. NLIHC used fair market rents (FMR), which is based on the 40th percentile prices in these regions, for the average affordable rent. Because the average home price can be skewed upwards in areas with particularly high-end housing. NLIHC’s report ranks 582 regions, which include metropolitan statistical areas and HUD Metro Fair Market Rent Areas, or HMFRs.

These are the cities where rent is least affordable.