The Most Popular Cities of the Ultra-Rich 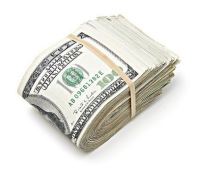 The votes are in and London is the most important city in the world — at least, according to the ultra-wealthy. The Wealth Report, a new study by Knight Frank Research and Citi Private Bank, breaks down the 10 international cities that high-net-worth individuals consider the most important. 24/7 Wall St. examined the list to identify what it is that makes these cities exceptional.

The report surveyed individuals worth more than $25 million in investable assets to find which cities impress them the most. The survey focused on several factors that can make cities important, including economic activity, political power, knowledge and influence and quality of life.

A number of cities on the list are traditional hubs for business. New York and London, which sit at the top of list, are considered global financial centers. They are also important to the wealthy for other reasons, including good markets for luxury housing, strong educational resources, social stability, economic openness and personal safety.

The list also features cities in countries with emerging economies, although they generally rank lower than the established Western urban centers. Beijing and Shanghai, while already two economic powerhouses, are quickly becoming important and represent fierce competition for the old guard. In fact, a number of leading commentators believe Shanghai will be the most important city in 2050.

For each city among the top ten, 24/7 Wall St. included its estimated rank in 10 years. We included the average price of prime property for each city as well. Prime property is defined as “a location’s most desirable, and usually most expensive, property,” the price of which often reflects demand among the world’s wealthiest individuals. We also included the population of each city’s metropolitan area, which includes surrounding suburbs, based on data from the United Nations. That the cities vary in size reflects the fact that what is important to the rich does not necessarily translate to universal popularity.

These are the most popular cities of the ultra-rich.