The States Doling Out the Best (and Worst) Benefits 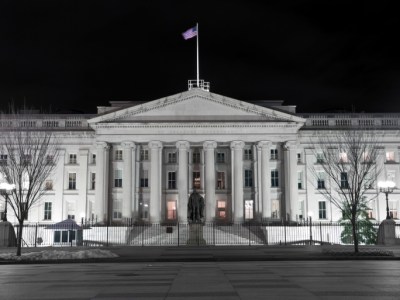 Source: Thinkstock
With the president and Congress attempting to reach a budget deal in an effort to avoid the fiscal cliff, it is likely they will agree on spending cuts, including those to entitlement programs. If they do not reach a deal in time, the nation may stumble into another recession triggered by the automatic austerity measures related to the fiscal cliff. Either way, there is almost no doubt that social programs and other spending will be cut in some way. The latest offer on the table includes the elimination of unemployment insurance for hundreds of thousands of Americans, as well as longer-term reductions in Social Security.

Click here to see the 10 states with the best benefits

Click here to see the 10 states with the worst benefits

If another recession is not avoided, the need for state assistance, like unemployment insurance and welfare, will grow. Yet not all states provide for their residents equally. Based on a 24/7 Wall St. review of key state entitlements, including unemployment benefits, Medicaid, welfare and education, we identified the states guaranteeing the best and worst benefits.

This is not, however, always the case. In an interview with 24/7 Wall St., National Employment Law Policy (NELP) policy co-director Maurice Emsellem noted that while states such as Rhode Island and Hawaii (which spend a great deal on many social programs) also pay out the highest unemployment benefits as a percentage of weekly wages. Meanwhile, other traditionally big benefit spenders, like New York, spent among the least in the country on unemployment per capita.

The states that spend the most on benefits appear to do so for two main reasons. First, they have a political mandate to do so. All but one of the 10 of the states doing the most to spread the wealth voted Democratic in this year’s presidential election, with Alaska as the exception. Of the 10 states that spend the least on their social programs, all but one — Florida — voted Republican.

The states that spend the most also have relatively high median incomes and also tax residents more in order to pay for these programs. Some of the least generous states have among the lowest median incomes in the country, and their tax burdens — a measure of taxes relative to income — are also very low in these states.

There does not appear to be a relationship between the relative needs of residents for social programs and states spending more. Of the states that spent the most on weekly Temporary Assistance for Needy Families (TANF) cash assistance, for example, the vast majority have among the lowest poverty rates in the country. In fact, many of the states that spend the least on social programs in dollars per person appear to have the greatest need for increased spending in those programs.

In order to assess how much or little a state does to guarantee benefits and services, 24/7 Wall St. gauged spending by each state on a number of different programs. Average pension benefits figures we considered, published by the Center for Retirement Research at Boston College for the 2010 fiscal year, reflect the largest general employee public pensions for which the center provided information. Education expenditure figures for fiscal 2010 are from the U.S. Census Bureau’s study, “Public Education Finances: 2010.” Medicaid payments per enrollee for fiscal 2009 are from the Centers for Medicare and Medicaid Services. Unemployment insurance figures were provided by the U.S. Department of Labor’s Employment & Training Administration and are calculated over a 12-month period ending in the third quarter of 2012. Information on Temporary Assistance for Needy Families figures was taken from the the Department of Health and Human Services’ Administration for Children and Families.

These are the states doling out the best and worst benefits.