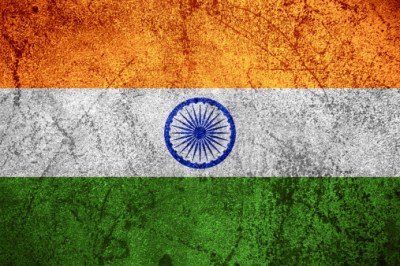 Source: Thinkstock
While inflation has been relatively tame in the United States and Europe, several large nations have struggled with rising prices. Sadly, most instances are simply stagflation, where prices are rising but the economic growth is substandard. A high inflation rate jeopardizes a country’s economic stability and the well-being of its people. 24/7 Wall St. reviewed the nations with the highest inflation rates around the world and it was in many cases shocking to see which nations were on the list.

As was the case in the United States, even a modest increase in health care costs of a few percentage points had major repercussions for the population as lower-income residents stopped affording many services. In developing and emerging economies, rising prices can cause much more severe problems as most of the benefits of economic growth are being absorbed by a higher cost of living. Unlike much of the developed world, many nations do not have formal health care systems. And with prices of other necessities increasing as well — from food to heating to gasoline to clothing — there is less to spend on everything.

Higher inflation can be crippling for economic development. A 10% increase in income compared to the prior year when prices are stable allows for a higher disposable income and higher savings rates. However, if prices rise 10% while economic growth slows down to 2%, then real purchasing power has eroded.

If the countries that suffer from high inflation rates and slower economic growth also have high unemployment rates, low economic mobility and low job openings, the situation can quickly deteriorate. That is when the risk of stagflation becomes real. Three of the high-growth, emerging market BRIC nations — Brazil, Russia, India and China — are among the nations suffering from high inflation.

In several of the high inflation nations, the reported unemployment rate remains quite high. Four nations had a higher unemployment rate than the U.S.’s 7.4% as of July. In South Africa, more than 25% of the workforce was unemployed as of the second quarter of 2013. Egypt, currently embroiled in a massive political crisis, has an unemployment rate of more than 13%.

Many of these nations also have trade deficits, meaning they are massive net importers. Just four of these nations — Argentina, Brazil, Russia and Vietnam — have had exports exceed imports over the most recently available 12 months. India’s trade deficit was the second highest in the world behind only the United States, at nearly $200 billion for the 12 months through the second quarter of 2012.

Countries with high inflation also face high government borrowing costs as a result, since lenders need to be compensated for the loss of their investments’ buying power. Each of the seven nations for which 10-year government bond interest rates were available had one of the eight highest interest rates in the world. To borrow for 10 years, Pakistan’s government must pay a quoted rate of 12%.

Based on the 57 nations considered by the Economist, 24/7 Wall St. identified the nations with the highest inflation rates measured by year-over-year increases in consumer prices. We reviewed figures on output, unemployment, trade, budgets and interest rates, also from the Economist. Population data are from the CIA’s World Factbook. We excluded Hong Kong from the rankings because it is a Special Administrative Region of China and not a fully independent nation. Similarly, while Zimbabwe and Iran are both struggling with high inflation, they were not considered by the Economist, likely due to the countries’ unreliable economic data.

These are the countries with the highest inflation rates.