Companies Profiting the Most From War 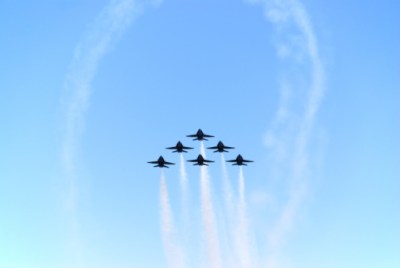 Source: Thinkstock
Global military spending was down in 2012 for the first time since 1998. And for the second year in a row, arms sales from private industry to governments were down as well.

Despite the decline in military spending, the business of war remains a good one. The 100 largest arms producers and military services contractors recorded $395 billion in arms sales in 2012. Lockheed Martin, the largest arms seller, alone accounted for $36 billion in such sales during 2012. Based on figures compiled by the Stockholm International Peace Research Institute (SIPRI), 24/7 Wall St. examined the 10 companies profiting most from war.

The withdrawal of U.S. troops from Iraq and Afghanistan is among the biggest reasons for the drop in military spending, according to SIPRI. Spending on these campaigns fell from $159 billion to $115 billion between 2011 and 2012.

Austerity also contributed to cuts in military spending. Budget control measures were responsible for a $15 billion reduction in U.S. military expenditures in 2012. Belt-tightening in Europe also had an impact on arms sales. In 20 of the 37 countries in Western and Central Europe, military spending declined by more than 10% between 2008 and 2012.

In an interview with 24/7 Wall St., Dr. Samuel Perlo-Freeman, director of the SIPRI Programme on Military Expenditure and Arms Production, said that while government military spending is waning in the United States and Western Europe, many developing countries are increasing their expenditures. Arms sellers in several countries, most notably Russia, are benefiting from their nation’s military budget expansion, Perlo-Freeman noted. While U.S. military expenses declined in 2012, Russia’s increased by an estimated 16% that year.

Companies reacted differently to the sales downturn. L-3 Communications spun off part of its business in 2012 to limit exposure to declining government military spending. Other government contractors wrote off significant losses in response to decreased military spending, including General Dynamics, which took a $2 billion goodwill charge related to declining opportunities in the defense sector.

Faced with possible tough times, some companies have engaged in corrupt practices. Last year, the CEO of Italian aerospace and defense firm Finmeccanica was charged by Italian prosecutors with fraud and corruption related to the company’s sale of helicopters to the Indian government. However, according to Perlo-Freeman, this is nothing new. “The arms industry has always been associated with corruption both in international arms transfers and sometimes in domestic procurement.”

Arms sales have remained concentrated among the same small number of companies for more than a decade. The top 10 companies have largely remained in place because industry consolidation in the 1990s made them dominant players, even through fluctuations in government military spending. “These companies tend to have their core competencies in getting money out of governments,” Perlo-Freeman said.

To identify the 10 companies profiting most from war, 24/7 Wall St. reviewed the 10 companies with the most arms sales based on SIPRI’s list of the top 100 arms sellers in 2012. Arms sales, including advisory, planes, vehicles and weapons, were defined by sales to military customers, as well as contracts to government militaries. We also considered the company’s 2012 total sales and profits, and the total number of employees at the company, as well as nation-level military spending, all provided by SIPRI.