States Where the Middle Class Is Dying 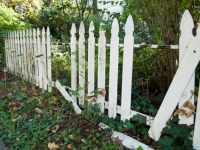 Source: Thinkstock
The American economy is by many measures well on the road to full recovery. The national unemployment rate was 6.2% in 2013, down from 9.3% in 2009; U.S. gross domestic product grew 5% in the third quarter of 2014; and the S&P 500 recently reached its all time high. And yet the middle class, which historically was the driver of economic growth, is falling behind. The average income among middle class families shrank by 4.3% between 2009 and 2013, while incomes among the wealthiest 20% of American households grew by 0.4%.

According to Joe Valenti, director of asset building at the Center for American Progress, the American middle class is essential for economic growth because middle income families are spending relatively large shares of their incomes on goods and services. “An additional dollar in the hands of a middle income earner is going to drive a lot more spending than an additional dollar in the hands of someone in that top quintile,” Valenti said. While households in the top quintile are able to spend enormous sums of money, “at some point there’s only so much that an individual can spend, even on all different kinds of luxury goods.”

What Steps Should America Take to Address Income Inequality? in 24/7 Wall St.'s Polls on LockerDome

While the middle class is the most important cohort in terms of spending and has in the past been essential for economic growth, middle income families have been the victims of wage stagnation. Valenti argued that as early as the 1970s, American companies started becoming much more productive. However, because of “a decoupling of productivity and wages,” wages among many workers have remained stagnant, and many in the middle class “have not been able to reap the benefits of higher productivity,” Valenti explained. Instead, returns from higher productivity have gone to owners and investors and not to the workers, he said. Many of the beneficiaries of these returns are likely part of the wealthiest 20% of households, whose incomes have grown in recent years.

Much of the income growth among the highest earning households is likely due to stock market gains. As Thomas Piketty argues in his book, “Capital in the 21st Century,” income inequality results from a higher return on capital — money used to make more money in the stock market or other revenue-generating assets — than wage and GDP growth. With the rich holding a disproportionate share of money in the stock market, their incomes have recovered much faster than those of middle class workers.

In all 10 of the states on this list, the share of total income earned by the bottom 80% of households fell between 2009 and 2013 and was redistributed to the highest quintile. The top 20% of U.S. households held more than 51% of total income in 2013, up 1.14 percentage points from 2009. Even among top earners, income was not evenly distributed. Over that five-year period, the top 5% of households accounted for nearly 75% of income gains in the top 20% of earners.