The Most (and Least) Expensive States to Drive 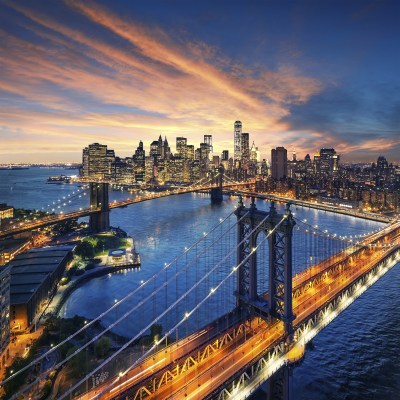 Source: Thinkstock
Owning a car is expensive. There are maintenance costs to consider, insurance to pay, and of course, gas. Several factors could affect these costs going forward. For one, if legislatures allow the Federal Highway Fund, which covers the costs of public infrastructure projects, to expire, road conditions might worsen. If the Iran deal is approved, industry experts speculate that gas prices may fall below $2 per gallon in some parts of the country by the end of the year. In other words, the stakes for car owners are higher than ever, and the cost of owning a vehicle is among the foremost concerns for the average American.

24/7 Wall St. calculated the annual operating expenses of owning a car in each state based on three measures: gas expenditure, repairs and maintenance, and insurance premiums. The cost of purchasing a vehicle was not included in the analysis. Michigan, where the cost of owning a vehicle is an estimated $4,678 per year, leads the nation. Hawaii, on the other hand, is the least expensive state to own a car, with an estimated annual cost of $3,310.

Click here to see the most expensive states to drive a car.

In an interview with 24/7 Wall St., Mike Calkins, car expert and manager of technical services at American Automobile Association (AAA), said, “a car is costing you money every minute of every day whether or not you drive it. Depreciation is the single greatest cost of owning a car.” However, car values are extremely difficult to estimate even on a case by case basis, let alone in the aggregate, Calkins added.

Fuel costs account for the largest share of driving expenses in all but five states. And in 35 states, gas expenses made up more than 50% of the annual operating costs. While high gas prices make driving more expensive on a given day, drivers often drive less when gas prices are high and therefore end up actually paying less for gas over the course of the year. Conversely, an especially low gas price may encourage driving. Because of this, car owners often end up with a higher annual gas expenditure.

Of the 19 states where annual gas expenditure exceeded the national average of $1,840, 12 had below average gas prices. Mississippi is a notable example. While the state has nearly the lowest average gas price at $2.46 per gallon, it also led the nation in annual miles travelled per vehicle, at 18,692. Calkins agreed there appears to be a trend: “when gas prices fall, people drive more.”

Calkins mentioned a long list of other factors that can affect how much a car owner will pay for insurance, including the driver’s age, car type, distance driven, the typical time of day he or she is on the road, and a host of other considerations. While insurance companies raise premiums for individuals with a poor driving record, a number of states with relatively inexpensive average insurance premiums had above-average motor vehicle-related fatalities. Still, vehicle accidents were likely a factor in states with especially high average premiums. In four of the five states with the highest average car insurance premiums, the number of vehicle-related fatalities per 100,000 people exceeded the national average of 10.3 deaths per 100,000 people.

Repair and maintenance costs, which made up the smallest share of operating expenses in every state, were the final component. Repair costs were calculated based on labor and parts. In some states, the average annual cost of repairs related to the engine or emissions system was over $250, while in Wyoming, it was $157.

To identify the annual operating costs of operating a vehicle in each state, 24/7 Wall St. reviewed the average annual costs of gas, car repairs, and insurance premiums in each state. Gas expenditure per car was calculated from average miles per gallon and annual vehicle miles travelled — each of which came from the Federal Highway Administration (FHWA); annual car repair costs, including labor and parts, came from Auto industry trends publication CarMD; and, the average car insurance premium in each state came from insure.com, an insurance review website. All data are as of the most recent periods available. We also reviewed the average price of gas as of July 14, 2015 in each state from AAA. The number of vehicles, vehicle registrations, miles driven, total gallons of fuel consumed, total miles travelled, persons fatally injured in motor-vehicle crashes, and the percentage of miles of road in poor condition came from the FHWA, and are for 2013. State excise taxes on gasoline came from the American Petroleum Institute (API) and are as of July 2015. All commuting figures and median earnings for individuals came from the U.S. Census Bureau’s American Community Survey.

These are the most expensive states to drive a car.