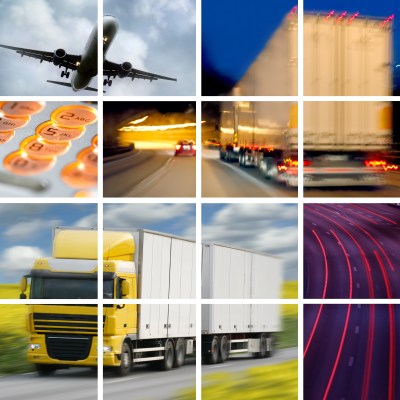 Source: thinkstock.com
Americans are used to seeing the “made in China” label on many products they buy, particularly clothing and electronics. A great many products, however, start their journey in the United States and are destined for foreign shores.

Every state in the nation exports hundreds of millions of dollars worth of goods overseas. 24/7 Wall St. reviewed the most valuable exported product in each state.

It is important to note that while a state may export hundreds of millions, or even billions, of dollars worth of a particular product, it may not actually be producing very much of that product within the state. By this definition, the state is the last place the product is packaged before leaving for another country.

For example, Hawaii exported more than $560 million worth of petroleum in 2014. This amounted to nearly 40% of the state’s total exports. Although the state has no natural oil extraction, no reserves, and very few refining operations, it serves as a last port of call for the petroleum before it leaves for destinations abroad.

Of course, there are a great many states where the chief export is a product the state is well-known for. Texas is known as an oil-producing state, and its largest exports are petroleum products. This is also the single largest product category that any state exports — Texas shipped $64 billion worth of petroleum in 2014. Similarly, given the state’s massive aeronautics industry, it is not surprising that more than half of Washington’s exports were in aircraft and aircraft parts. Notably, the state employs roughly half of all Boeing employees.

In other cases, the major export product may not be iconic in the state. For example, Massachusetts is known for its medical and technology industry. However, the state’s most valuable export is gold. Massachusetts is home to a major refinery that ships nearly $2 billion worth of the precious metal to countries such as the United Kingdom and Switzerland.

There is no consistent relationship between the value of a state’s export and its impact on a state economy. Some products, for example, are more likely to stay within the country than others. In Florida, for example, the orange-growing industry contributes more than $5 billion to state GDP. Oranges, however, are not even among in the top 20 exports from the state.

The largest recipients of each state’s biggest exports are usually either Canada, Mexico, or China, which are the nation’s three largest trading partners overall. It is worth noting that these countries are not necessarily the final destinations of the exported good. Montana’s chief export is coal and petroleum products, and Canada is the largest single destination of these goods. However, a very large share of the Montana coal is then processed in Canada and shipped to destinations in Asia.

To identify the top selling products from each state, 24/7 Wall St. reviewed the most valuable export from each state based on data collected annually by the U.S. Census Bureau. The government tracks exports at a very granular level. Therefore, we combined a number of similar exports into single categories. For example, dump trucks designed for off highway use and diesel engine trucks, along with other truck-related goods, were combined into a single export category.

These are the largest exports in each state.