The Best (and Worst) States to Grow Old 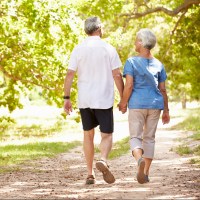 Americans of all ages face everyday economic, social, or medical challenges. However, low incomes, poverty, violent crime, medical expenses, and other such difficulties disproportionately hurt older people. Most older Americans will require some level of support sooner or later, and many elderly individuals need long-term care and support services. The experience of growing old can also differ substantially between states.

According to Lisa McGuire, Ph.D, lead of the Healthy Aging Program at the Centers for Disease Control and Prevention (CDC), the differences between states is due to a great many factors, from social and economic conditions over the course of a lifetime to the food and water supply in an area. Perhaps even the genetics of people who have chosen to settle in a region can influence outcomes for elderly people in a given region over time, McGuire explained.

Click here to see the best (and worst) states to grow old.

As the elderly population continues to grow, the need for care will increase while at the same time the number of people available to provide the care will decrease. “When we talk about the long-term care support services,” McGuire added, “we’re not just talking about paid care, we’re also talking about informal care that we all provide to our family and loved ones.”

Currently, there are approximately 23 elderly Americans nationwide for every 100 working-age adults. This proportion, known as the dependency ratio, varies considerably within both the best and the worst states for the elderly. For the states on the lower end, however, not only will there be greater numbers of older residents in need of assistance, but also each will likely also need greater care than in the better states.

For example, for elderly individuals in particular, economic factors are closely tied to health outcomes. Recent Kaiser Family Foundation research found that while older Americans are less likely than working-age adults to live in poverty according to the official rate, this is not the case when benefits such as food stamps, tax liabilities, and especially out-of-pocket medical spending are taken into account. Based on the Supplemental Poverty Measure (SPM), poverty in the United States actually increases with age, and the U.S. elderly population is as likely — if not more likely — to live in poverty than members of other, younger age groups.

The median annual income among elderly households in 15 of the 25 top states for older Americans exceeds the national median income for such households of $39,186. The opposite tends to be true on the other end of the spectrum. Similarly, the poverty rate in only three of the top 25 states exceeds the national elderly poverty rate of 9.5%, versus 12 of the bottom 25 states. Looking at the SPM, poverty is far higher for older state resident across the board.

Medical spending is higher in states where greater shares of elderly individuals have disabilities. Nationwide, 36% of noninstitutionalized 65 and older residents have a disability. In 19 of the 25 worst states in which to grow old, older residents are more likely than their nationwide peers to live with a disability. Conversely, the disability rate exceeds the national rate in only three of the top 25 states.

Other medical conditions are also more common in the worst states for elderly Americans. According to McGuire, “There is a well-documented stroke belt that goes through the South.” Of the 25 worst states for older Americans, 11 are in the Southern United States.

The violent crime rate is another major factor in quality of life in old age. The violent crime rate exceeds the national rate of 366 incidents per 100,000 people in only five of the 25 top states for the elderly. Among the lower 25 states, violent crime is more common in 16 states. “[Crime] may have a more social isolating impact which can then have crippling consequences,” McGuire said.

These are the best (and worst) states to grow old.