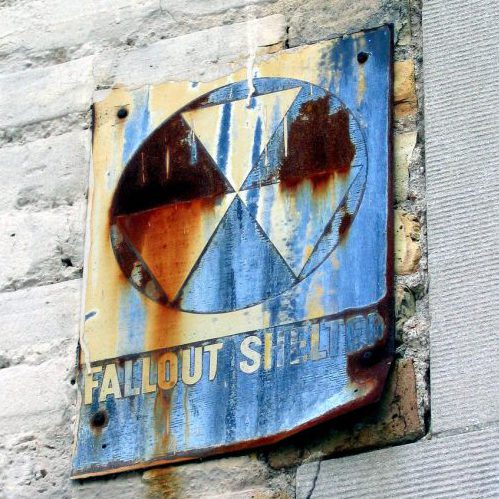 Source: https://www.flickr.com/photos/beigephotos/
President-elect Donald Trump this month tweeted, “The United States must greatly strengthen and expand its nuclear capability.” Whether or not U.S. nuclear strategy meaningfully changes in coming years, the United States and Russia will likely continue to possess the vast majority of the world’s nuclear weapons. An estimated 93% of all nuclear warheads belong to the two superpowers.

After the first atomic weapon was used on August 6, 1945 against Hiroshima, Japan, the global count of nuclear weapons rose to a peak of approximately 70,300 warheads during the Cold War. The number of nuclear weapons in the world has fallen to an estimated 15,350 since then.

24/7 Wall St. reviewed nuclear stockpile counts estimated by researchers at the Federation of American Scientists (FAS), an organization that works to reduce the spread of nuclear weapons and increase government transparency on the issue. Nuclear warheads may be retired, stockpiled, or deployed — which means they are fully operational. Russia leads the world with approximately 7,300 nuclear warheads, and the United States is a close second with 7,000.

According to the National Nuclear Security Administration, an agency within the U.S. Department of Energy, the possibility that extremist groups or rogue nations will acquire nuclear weapons is one of the gravest threats facing the international community. This is one reason military stockpiles are often closely-kept national secrets. To compare arsenals, the FAS estimates the sizes of nuclear stockpiles from unclassified information. Similarly, the circumstances under which a country would consider using nuclear weapons is rarely made public. Because of their destructive nature, however, many countries adhere to a no-first-use policy.

In an interview with 24/7, Hans Kristensen, director of the Nuclear Information Project at FAS, noted that countries often attempt to conceal or even falsely deploy weapons as part of deception tactics. This further adds to the challenge of accurately estimating nuclear stockpiles.

While virtually all currently operational nuclear warheads vastly exceed the destructive capacity of the roughly 15 kiloton bomb dropped on Hiroshima, nuclear warheads include a wide range of weapons. “Different countries have different strategies,” Kristensen said. This changes what types of weapons a country develops. For example, while the United States and Russia may develop long-range ballistic missiles, Pakistan and India have stockpiled short-range, defensive missiles.

Maintaining nuclear arsenals is extremely costly. For this reason, the U.S. and Russian arsenals, which are dramatically larger than the arsenals of any other country, will likely continue to shrink — albeit in tandem. In the global effort to lower the number of nuclear weapons, several multi-party talks have been attempted. In 2011, for example, the United States and the Russian Federation entered a treaty agreement on measures for the reduction and limitation of strategic offensive arms, also known as the New START Treaty.

Reduction efforts are frequently laden with political factors. Kristensen explained that Russia and the United States “want to make sure they have enough to be the big power but they also don’t want to waste a lot of resources having to maintain larger force levels that aren’t strictly speaking necessary for […] their strategies.”

To identify the world’s greatest nuclear powers, 24/7 Wall St. reviewed warhead inventories for nuclear countries estimated by researchers at the Federation of American Scientists (FAS), an organization that works to reduce the spread of nuclear weapons and increase government transparency. The size of each country’s arsenal is an estimate arrived at using unclassified information, and it remains relatively uncertain due to the lack of military arms disclosure from the countries. Numbers are based on a variety of sources, including satellite images, public statements from public officials, newspapers articles, private conversations with government officials, and historical analyses over many years. Military spending as a percentage of GDP for each country was obtained from

These are the world’s greatest nuclear powers.