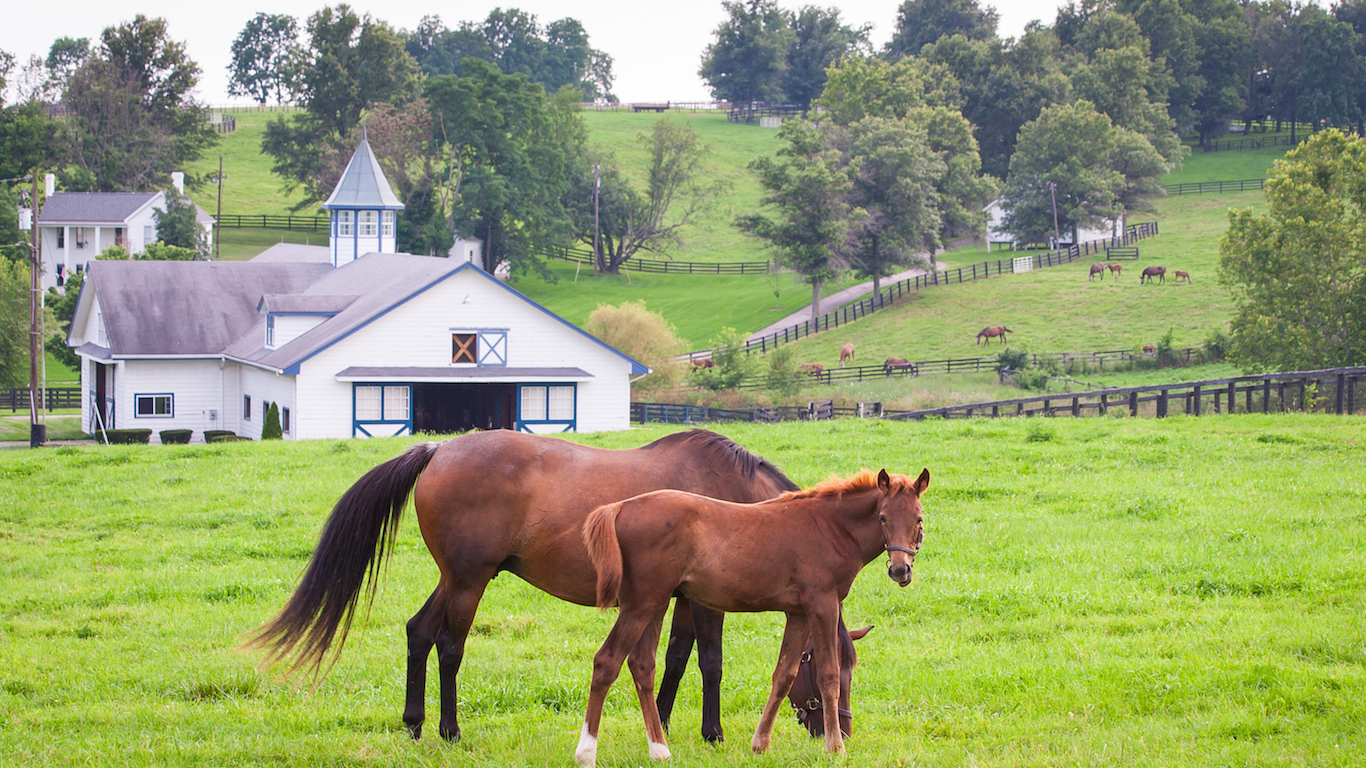 Nearly one in four Kentucky residents use mood-altering drugs on an almost daily basis, the third largest share of any states. The state’s tobacco use is also very high. About 36.1% of adult residents smoke, far more than the 26.4% national figure. Some state residents may have included tobacco in their answer regarding drug use. Kentucky residents also fill more prescriptions than any other state. The average resident fills 22 prescriptions annually, roughly nine more per capita than the national figure. The high drug use is likely related to the higher likelihood of economic stress in the state. The typical household in Kentucky earns just $45,215 a year, more than $10,000 less than the $55,775 national median income. 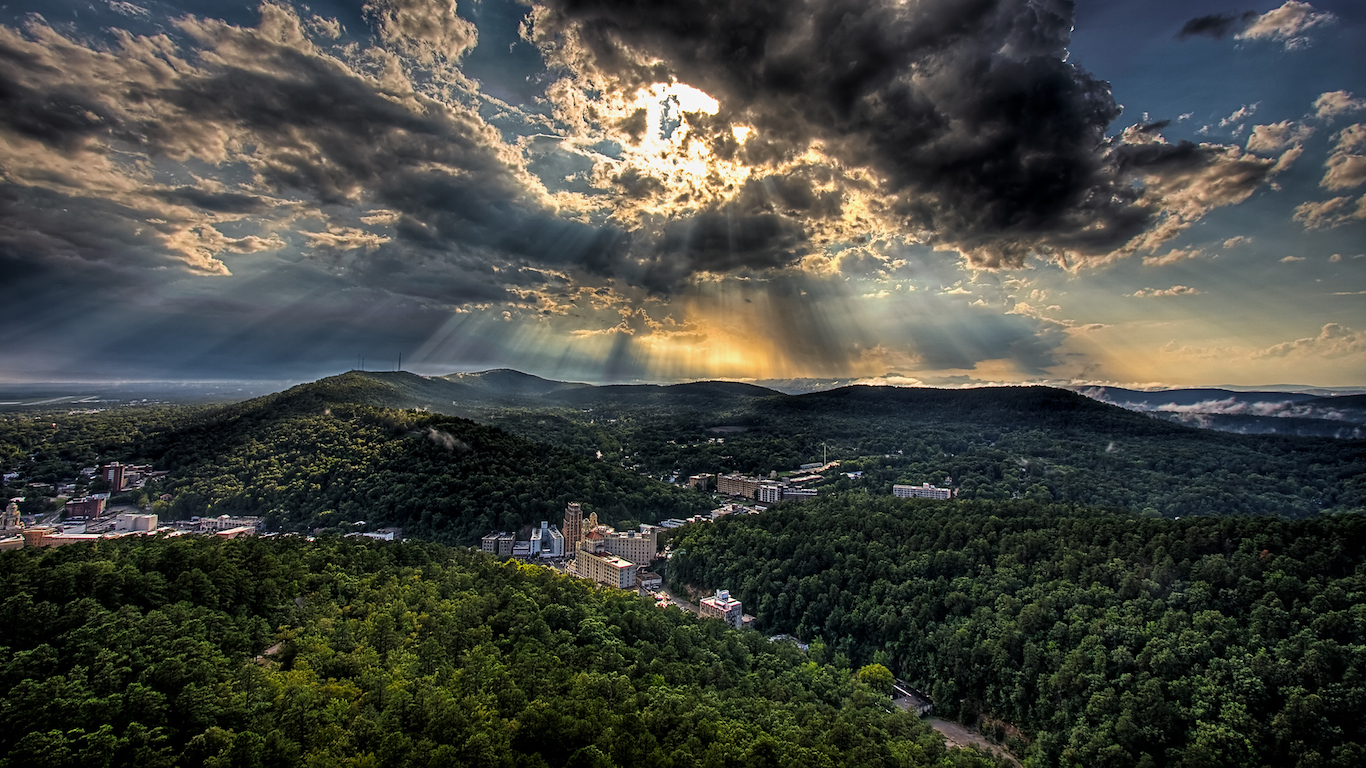 Drug use tends to occur alongside other unhealthy behaviors, and Arkansas is one of the least healthy states in the country. Nearly 26% of the state’s adult population smokes, 35% are obese, and 12% have diabetes, each among the highest shares of any state. Unhealthy behaviors have contributed to some of the worst health outcomes nationwide. For every 100,000 residents in the state, 190 die of cancer, the fourth highest cancer death rate in the country. Similarly, 374 residents out of every 100,000 die of heart disease, well above the national average rate. Overall, 446 per 100,000 Arkansas residents die before the age of 75, one of the highest premature mortality rates of any state. 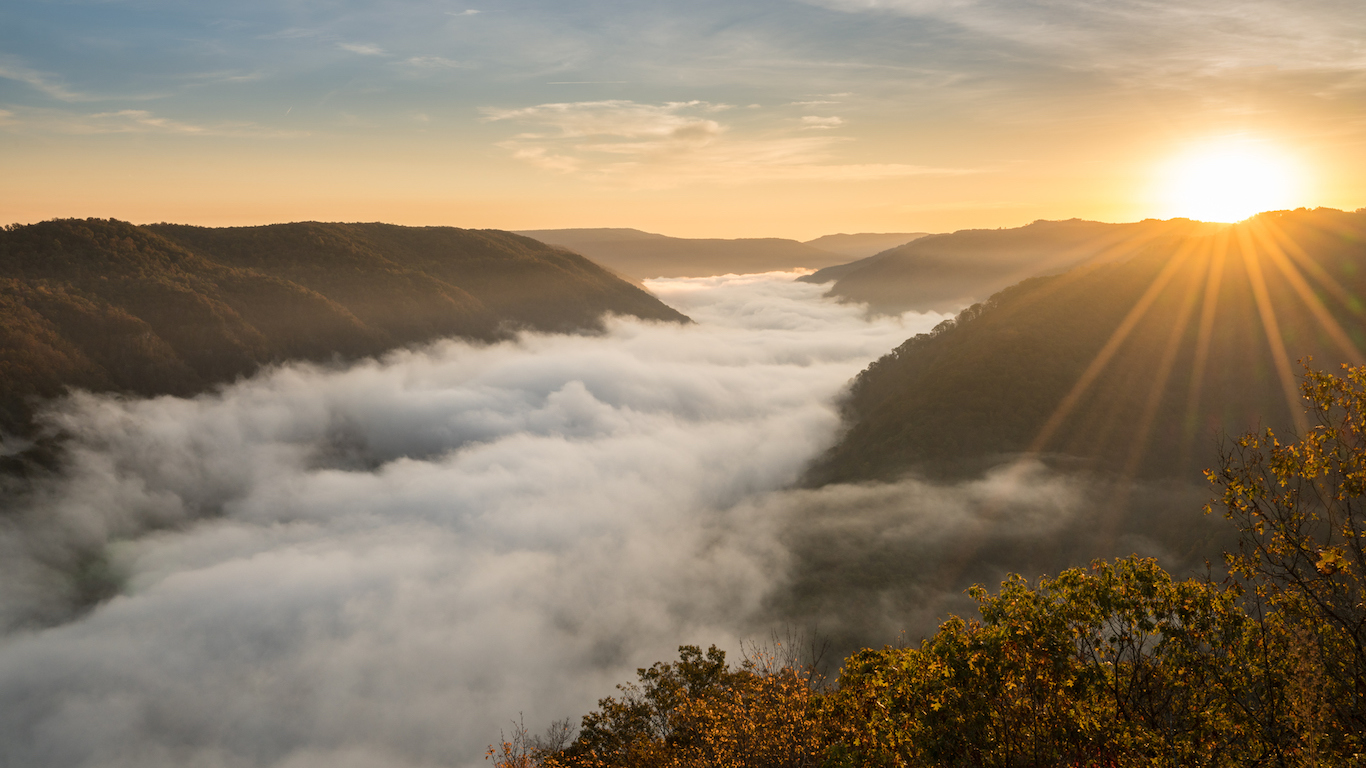 West Virginians are — by a wide margin — more likely than residents of any other state to report near-daily drug use. Economic insecurity can lead to higher drug use rates as drugs are often used to cope with financial stress. Poor economic conditions likely contribute to the drug use pattern in the state. West Virginia’s unemployment rate of 6.0% is tied with Alabama as the fourth highest of all states. Also, the median household income of $42,019 a year is third lowest in the nation. Mood-altering drugs are also often used to help cope with depression. The average state resident reports 4.7 poor mental health days in a month, the second highest estimated level of poor mental health.

Survey participants were told to count prescription medications. The high number of prescriptions filled in West Virginia, at 21.8 per person annually, is second highest of all states and likely contributes to the nation-leading daily drug use levels.