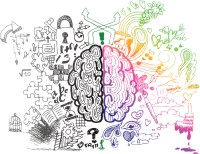 Source: Thinkstock
While about 19% of Americans use drugs to relax almost every day, a nation-leading 28% of West Virginians report near-daily drug use.

The Gallup-Healthways Well-Being Index, which measures a range of metrics to determine the well-being of Americans, includes a measure of near-daily drug use. Residents of each state were asked how frequently they use drugs or medications, including prescription drugs, that affect their mood or help them relax.

The interpretation of the description of mood-altering drugs could also include alcohol and nicotine. However, a review of the Well-Being Index suggests survey-participants reported predominantly prescription and recreational drug use, according to Dan Witters, research director of the Gallup-Healthways Well-Being Index.

Click here to see the states using the most mind-altering drugs.

More frequent drug use counts against the state’s well-being index score. It is not surprising, therefore, six of the states where residents are using drugs most frequently are also among the states with the lowest well-being scores. In fact, drug usage and a number of well-being measures are closely related to one another. Witters explained that high drug use can be both an outcome and a factor in well-being as many of the outcomes and factors are often related.

Witters noted using drugs frequently can lower the chances of graduating high school or pursuing further education. Less than 85% of adults in five of the the states using the most mind-altering drugs had attained at least a high school diploma, lower than the national attainment rate of 86.6%. Similarly, while nearly 30% of Americans had at least a bachelor’s degree in 2013, less than 25% of adults in six of these 10 states had done so.

As a result, according to Witters, many people who use drugs frequently may also be less employable. The unemployment rate in six of the states using the most mood-altering drugs exceeded the national annual rate of 7.4% in 2013.

And this relationship goes the other way as well. “If I’m in a rotten job where I don’t like what I do each day and I’m trapped in it and I can’t leave cause I can’t find another job, then that might increase the chances that I’ll want to go use drugs,” said Witters.

Residents in these states also tended to have lower incomes than in many other states. Only Rhode Island — one of just two states where more than one-quarter of residents reported near daily drug use — had a higher household median income than the national figure of $52,250.

To determine the states using the most mind-altering drugs, 24/7 Wall St. reviewed the percentage of state residents reporting near-daily drug use to relax based on interviews conducted between January and December 2014 for the latest Gallup-Healthways Well-Being Index. We also considered data from the U.S. Census Bureau’s 2013 American Community Survey, including median household income, poverty rate, and adult educational attainment rates. From the Bureau of Labor Statistics, we reviewed annual state unemployment rates from 2013. We also reviewed 2013 obesity and teen pregnancy rates from the Centers for Disease Control and Prevention. Incidence of heart disease in 2013 is from the Kaiser Family Foundation. Cancer deaths and the number of years lost due to premature death are from the United Health Foundation. Admittances to drug rehabilitation centers are from the Department of Health and Human Services’ Substance Abuse and Mental Health Services Administration.

These are the states using the most mind-altering drugs.